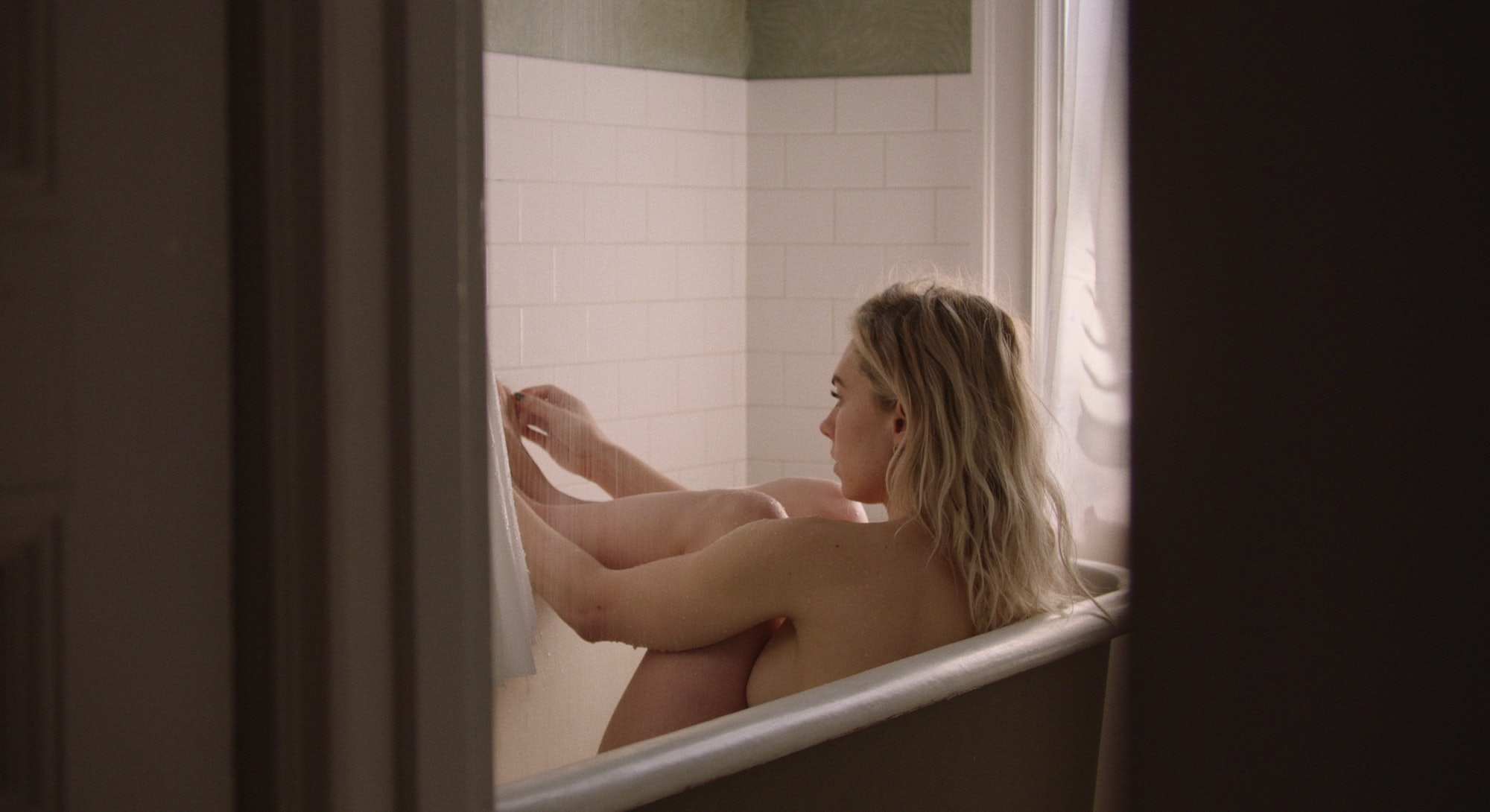 “We Are Also The Mothers Of The Babies We Lose”: How Personal Experience Shaped The Groundbreaking New Film Pieces Of A Woman

The film Pieces of a Woman begins with a visceral 30-minute, uncut scene that demolishes every expectation the viewer has about how childbirth is depicted on film. In real life, labor is a painful, emotional process, and it doesn't always end the way one has imagined it. In Pieces of a Woman, the birth scene culminates with the lead character, Martha, played by Vanessa Kirby, holding her newborn baby, who unexpectedly dies in her arms. The rest of the film is a portrait of the aftermath of a tragedy: a mother, isolated in grief, and her family, struggling to cope, all in their own way, never quite connecting.

Kirby, predicted to be nominated for an Oscar for her performance, told Romper that she had been looking for something that represented women in a new way and when she read the childbirth scene, she was sold. “I realized that with my eyes I had never seen [a birth], on script or screen…,” she says. “We've seen death on screen so much but rarely seen birth.” Kirby was so moved by the script for Pieces of a Woman that within 24 hours of reading it, she flew to Budapest to meet with the screenwriter, Kata Wéber.

The script began as a political play for Polish theater, about a midwife famously put on trial in Budapest. Wéber's husband, Kornél Mundruczó (who would go on to direct the film), encouraged her to instead draw from their own personal experience with pregnancy loss — something, he said, they'd never really addressed as a couple. “I would never compare our story to the one in the film,” Wéber said, “but still, there are those things you just don’t talk about.”

“...it’s about the huge connection with the baby, which is stronger than anything. It is actually the experience of the biggest love. We are also the mothers of the babies we lose.”

Just because they aren't talked about doesn't mean they don't happen. One in four pregnancies ends in a miscarriage. And according to infant mortality statistics, 2.4 million children died globally in the first month of life in 2019 — which amounts to roughly 6,700 stories like Martha's each day.

Wéber told us she wrote the film to portray beauty in tragedy: “In the ‘stuck’ bereavement process, it isn’t about not moving on — it’s about the huge connection with the baby, which is stronger than anything. It is actually the experience of the biggest love. We are also the mothers of the babies we lose.”

Kirby said she wanted to represent women, “as they really are,” in a way that was unflinching, “without making it more comfortable for the viewer.” As she had never experienced childbirth herself, Kirby prepared intensely, observing deliveries in a labor ward and spending time with mothers who had lost babies. “The one thing that [these women who had experienced infant loss] all had in common,” says Kirby, “was this silence around it, and this feeling that society doesn’t want to hear about it.”

This film builds a window into those unspoken stories of parents and their lost children all over the world. The complexity of feelings a pregnant person experiences during pregnancy and after childbirth (the perinatal period), even when there is no pregnancy or infant loss, is vast and given little attention. One in seven women experience perinatal depression, and between 15 and 29% experience a mental health issue.

This film builds a window into those unspoken stories of parents and their lost children all over the world.

Wéber says the team talked many times about how to illustrate grief. “It’s like the hummingbird — it’s so fast that when you see it, it’s almost like it’s not moving at all. It was so much that Martha could not express it anymore.”

In the real life stories they collected, people frequently wanted the mother to grieve in a certain way or shamed them for either acting too normal or not normal enough. Kirby says, “Martha learned that in order to stay — to be safe — she has to act like everything’s OK.”

Ellen Burstyn, who plays Elizabeth, Martha’s mother in the film, also points out the sense of shame. She says, “It’s a feeling of not succeeding, as if something was done wrong.”

Kirby adds, “The women said things like, ‘Oh my God, was it that paracetamol I took? Was it because I did Pilates?’” She relates this back to her character: “Martha was expected to achieve and be perfect, and the one thing she felt she should be able to do, she essentially feels like she failed at.”

Ultimately, Wéber says that this is the very thing she wanted to bring to life: the isolation, the silence, the different ways we experience bereavement and how that process affects our other relationships. Wéber wanted to show the gap between intention and effect, the way well-meaning loved ones can hurt us in their attempts to cope. “I have warm feelings for the characters even though they behave in an extreme way,” she says. “They come from the right place but don’t help Martha.”

Shia LeBeouf plays Martha's husband, Sean, a recovering addict who in the wake of loss turns to substance abuse and infidelity. Elizabeth, a survivor of the Holocaust, becomes focused on suing the midwife despite Martha's resistance. As Burstyn puts it, “I think their relationship is like many mothers and daughters that I’ve witnessed, where the mother takes the kind of overseer position and wants to improve whatever it is the daughters doing and the daughter always resents that, of course, and resists it.” Burstyn describes her character's frustration with the way her daughter handles her grief: “[Martha] seems locked up and not communicating and not expressing. And [Elizabeth] wants to shake her up a bit and talk about it and, you know, grieve. And, of course, she is grieving in her own way. Which is different from Elizabeth's way. I think that happens a lot with mothers and daughters. Mother wants the daughter to do it her way, daughter wants to do it her own way, whatever it is.”

Kirby, for her part, says she could see where Elizabeth, Burstyn's character, was coming from. “Being a baby in the Holocaust and learning from generations that in order to survive, you just have to keep going and carry on. You don’t have time to stay in your feelings.”

Ultimately, Martha's breakthrough comes when she returns to her own memory of her time with her daughter before she died. “That minute was probably the most loving, profound moment of her entire life, more precious than anything else,” Kirby says. “Her beginning to face that memory meant that she can begin to heal.”

“I think this is a story of female courage and the absolute magnificence of women,” says Kirby.

“I hope that in some tiny little way this movie begins conversations and begins to hold space for people and their losses and their grief — and maybe they feel a little bit less alone because of it.”

Pieces of a Woman is available to stream on Netflix.