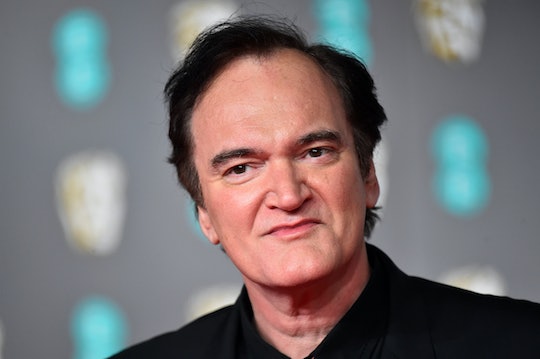 The award-winning filmmaker says his mom reacted to his childhood dream of becoming a screenwriter with hurtful sarcasm.

Quentin Tarantino said he was 12 years old when he vowed to never share the money he made from filmmaking with his mother. In an interview on The Moment podcast, the award-winning filmmaker told Brian Koppelman his mom was not supportive of his childhood dream to become a screenwriter and had once even tried to squash his aspirations.

“My mom always had a hard time about my scholastic non-ability,” Tarantino told Koppelman, adding he had struggled to succeed in academic subjects that didn’t interest him and became known as “the dumb kid” from roughly 3rd grade to 6th grade. At age 12, Tarantino said he began writing scripts and screenplays for fun but still felt little interest in his schoolwork, something his mother often scolded him about.

It was then that Tarantino said he made himself a promise. "When she said that to me in that sarcastic way, I go, 'Okay lady, when I become a successful writer, you will never see one penny one from my success,’” he told Koppelman. “‘There will be no house for you. There's no vacation for you, no Elvis Cadillac for mommy. You get nothing. Because you said that.'"

And for the most part, Tarantino said he’s managed to keep that promise. "I helped her out with a jam with the IRS,” he said. “But no house. No Cadillac." What’s more the Pulp Fiction director remained steadfast in his vow when Koppelman suggested enough time had passed and that Tarantino should consider buying his mom a house now. “No!” Tarantino exclaimed. “The air quotes!”

Tarantino has previously revealed that he was raised largely by his mom, Connie Zastoupil, and stepfather, Curtis Zastoupil, after his biological father left early on in his life. Tarantino married Israeli singer and model Daniella Pick in 2018 and the couple welcomed their first child together in February 2020, according to The Hollywood Reporter.

But beyond just his refusal to spend his filmmaking profits on his mother, it seems the childhood argument may have also inspired how Tarantino plans to approach his own child’s future dreams.