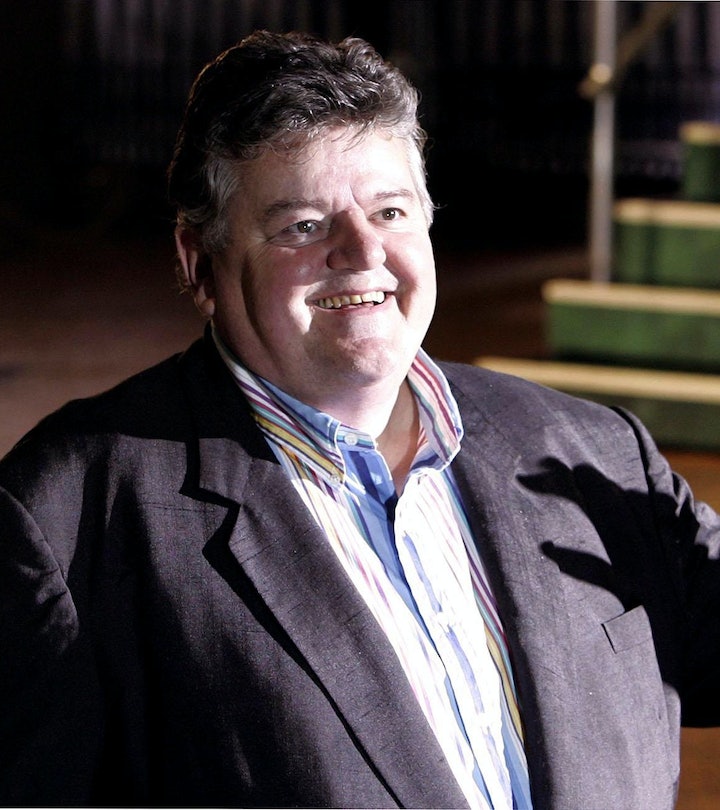 “The legacy of the movies is that my children's generation will show them to their children, I'll not be here, sadly, but Hagrid will.”

Robbie Coltrane, who portrayed Hagrid in the Harry Potter films, has died, his agent, Belinda Wright confirmed. The beloved Scottish actor was 72 years old and is survived by two adult children.

Coltrane welcomed two children with his ex-wife Rhona Gemmell, to whom he was married from 1999 to 2003. Spencer was born in 1992 followed by Alice in 1998. While Spencer keeps a low profile, Alice, it seems, has followed in her father’s footsteps and works as an actor; the 24-year-old has appeared in Outlander and the TV mini-series Roadkill, among other credits. According to In Touch, his children thought he was “the coolest dad in the world” when he got to be in both James Bond and Harry Potter. “My kids love it,” he told In Touch. “Well, I think I qualify for a medal for exceptional parenting or something, don’t you?”

Coltrane read Harry Potter to his children, who pressured him to take the part of Hagrid.

In a 2011 BBC interview, Coltrane shared that he’d been a “huge” fan of the series before the movies were made, and even read them to Spencer and Alice. “If you’re an actor you have to do all the voices, the children expect it: no monotones allowed,” he said, then raised his voice to a higher, more feminine pitch, “‘And you have to do the women as well, daddy...’”

His performance clearly did the series justice: his children became big fans as well. When series author J.K. Rowling was asked for actors she had in mind for her various characters, she is said to have immediately replied, per The Telegraph, “Robbie Coltrane for Hagrid.” When Spencer heard that, Coltrane said “he and all his pals [said] ‘So you’re playing Hagrid are you...?’ So there was a bit of pressure. I think if I hadn’t done it I would have been found dead in a ditch.”

With more than 100 film and TV credits to his name since 1979, Robbie Coltrane began his career alongside fellow greats Emma Thompson, Stephen Frye, and Hugh Laurie in the series Alfresco. In 1987, he was nominated for a BAFTA for his role in the BBC miniseries Tutti Frutti. But it wasn’t until his turn as criminal psychologist Dr. Eddie “Fitz” Fitzgerald in the long-running series Cracker that he gained national prominence in the UK. He won three consecutive BAFTAs for the role, which he played from 1993 to 2006.

In the early 2000s, Coltrane appeared in two films in the James Bond franchise: Goldeneye and The World Is Not Enough — before appearing in, perhaps, his most famous role in the Harry Potter series.

In 2006, Coltrane was appointed an OBE by Queen Elizabeth II for his services to drama. He was also honored with a Peter Sellers Award for Comedy and acknowledged for his “outstanding contribution to film” at the British Academy Scotland Awards.

Coltrane believed Hagrid would be his legacy.

Earlier this year, Coltrane appeared in Harry Potter 20th Anniversary: Return to Hogwarts on HBO Max, and spoke with emotion about the “decade of [his] life” spent making the Harry Potter films, which were released between 2001 and 2011.

“My children have grown up during it,” he observed. “The legacy of the movies is that my children's generation will show them to their children, so you could be watching it in 50 years’ time, easy. I'll not be here, sadly,” he said with a laugh. Then added with a kindly but mischievous glimmer in his eye, “but Hagrid will. Yes.”