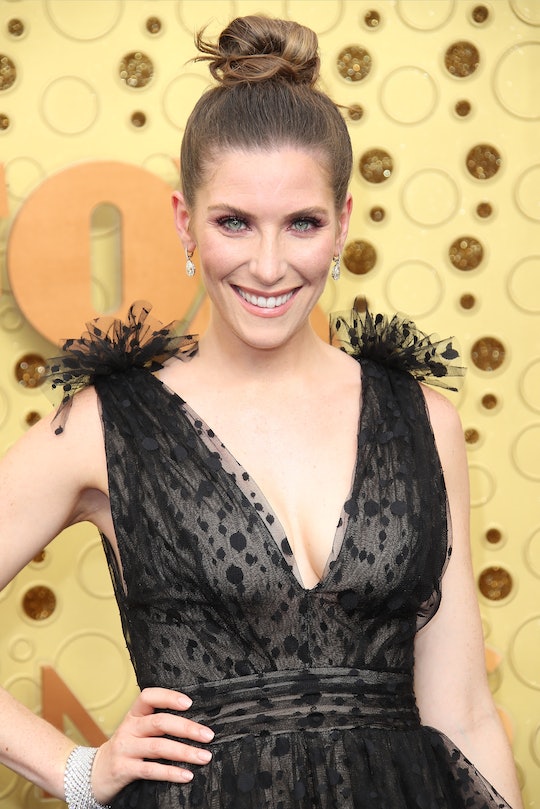 And his name is a sweet tribute to her funnyman dad!

Sarah Levy’s talented family just got a whole lot cuter as the actor took to Instagram to announce the birth of her first baby that she shares with husband and actor Graham Outerbridge. Levy who is most known for her gut-busting role of Twyla on Schitt’s Creek, not only co-starred with her famous father, Eugene Levy on the super popular TV show — she named her son after her hilarious dad, too.

The new mom hopped onto social media just after the 4th of July holiday weekend to announce that she and her family have an extra reason to celebrate this summer. Levy shared a precious picture of her little bundle of joy with just a cropped image of the newborn baby’s 10 tiny toes against the backdrop of a sweet swaddle. “He decided to make an early entrance but we are so glad sweet James Eugene Outerbridge is in the world ✨,” the Canadian actor captioned her post.

While older brother and co-star Dan Levy has yet to comment publicly on the arrival of his adorable nephew, based on previous social media history, the new uncle will likely chime in on Instagram soon with his signature Schitt’s Creek-esque wit.

Other famous pals who did hop on Instagram to share in the joy include former talk show host, Katie Couric and comedic actor, Tony Hale. Both celebs jumped into the comments to wish the first-time mama well and share their congratulations.

Levy first revealed she was pregnant on Instagram, so it’s no surprise that she would announce the birth of her son on this platform too. She appears to be very close to her family, posting cute sibling throwbacks or wishing a happy Father’s Day to her dad, who she wrote is “always in it for the laughs” and referred to as “the best.”

This is the first grandchild for Eugene Levy and his wife Deborah Divine. We can only imagine that the long-time couple’s response to the birth of little James Eugene was just as emphatic as Sarah’s legendary reaction to her family sweeping the 2020 Emmy Awards.

With such a hilarious and talented family, it’s fitting that Levy showed her son’s little toes, as he already has some pretty big shoes to fill. Luckily the newborn’s grandpa and namesake can show him the ropes one day — or even cast him in their next family comedy, which is destined to be a hit!