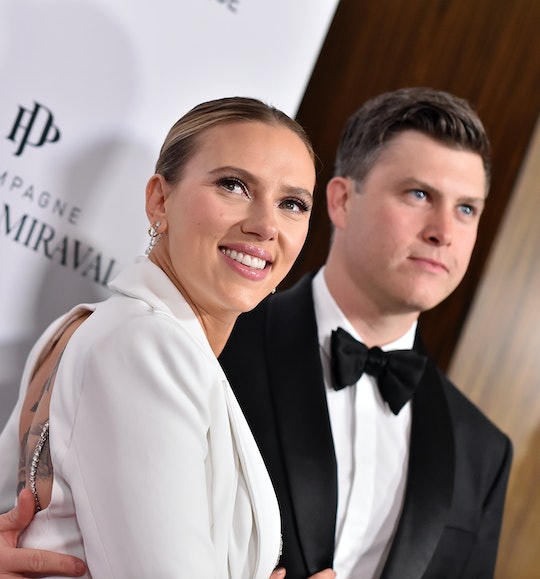 The commercial asks what we all are wondering, “Does Alexa actually read our minds?”

What if Alexa could read your mind? New parents Colin Jost and Scarlett Johansson find out in a cute Super Bowl commercial for the Amazon Alexa, and honestly, it’s so relatable. Do you need to chill some wine for game day? Don’t worry, Alexa is already on it. Living it up on the rare chance that as new parents you get to sleep in? She’s ordering you minty mouthwash.

But as convenient as that sounds, it could also be incredibly awkward. If Alexa is actually reading your mind, those secret thoughts aren’t so secret anymore. For Johansson, who gave birth to the couple’s first child together, a son named Cosmo, in August 2021, it means a few different things, including Jost finding out that his wife isn’t so opposed to the sexy, steamy scenes filmed with hot guys. “It’s the worst,” she says when prompted, but then Alexa conveniently plays the famous Fleetwood Mac song “Tell Me Lies.”

But let’s be honest, as new parents, that’s not what Alexa would be picking up on. More likely it would be “Holy crap, if Colin sleeps through the crying one more night, I will lose it.” Alexa, ostensibly, would project the sound of their baby crying right into his ear. These are the arguments that would be the most prevalent.

The commercial is a wink and a nod at what we’ve all thought about our devices at some point — do they know more about us than we know about us? It feels like they might, and this commercial is a bit of a trippy ride into the device multiverse, but we do appreciate the performance.