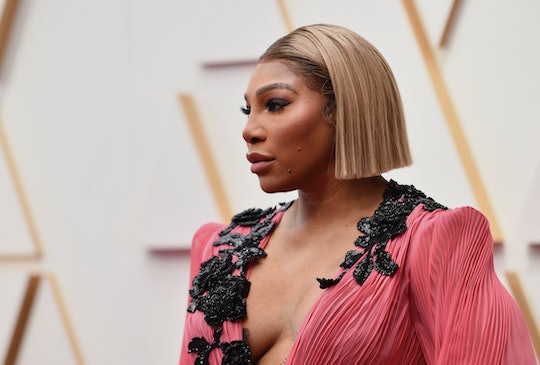 The tennis legend opened up in a new essay about her traumatic birth experience and what it took to be heard.

Sharing birth stories can be a moving, meaningful, and empowering experience among mothers. In a new book, Arrival Stories: Women Share Their Experiences of Becoming Mothers, an anthology collected by Amy Schumer and Christy Turlington Burns that was released earlier this week, tennis legend Serena Williams went into greater detail on the birth of her daughter, Olympia, who was born in 2017. Though Williams has previously discussed her traumatic birth, her new essay paints a vivid picture of self-advocacy and the particular dangers Black women face in childbirth.

“I know my body,” Williams writes in the first paragraph of the essay, which was adapted and published in Elle this week. This knowledge, it would turn out, would be crucial to her survival as a new mother. “Giving birth to my baby, it turned out, was a test for how loud and how often I would have to call out before I was finally heard.”

Her pregnancy was good, physically and mentally, she said. When the time came to be induced she even enjoyed the contractions and the “work of labor,” which she endeavored without an epidural. But as the baby went into distress, her doctor announced it was time for a C-section.

“She made it clear that there wasn’t time for an epidural or more pushing,” Williams wrote. “I loved her confidence; had she given me the choice between more pushing or surgery, I would have been ruined. I’m not good at making decisions. In that moment, what I needed most was that calm, affirmative direction. ... Being an athlete is so often about controlling your body, wielding its power, but it’s also about knowing when to surrender. I was happy and relieved to let go.”

And so, Williams underwent what would be the first surgery of her birth experience: the C-section that brought her daughter, Olympia, into the world. But it wasn’t long before she began to cough. Williams knew she was at high risk for blood clots in her lungs, which she had suffered in 2010. She’d even assumed, even before the coughing, that she’d be placed on a heparin drip — a blood thinner — something she’d brought up to the nurse on duty, who dismissed the question.

The “racking, full-body” coughing became so powerful that Williams popped the stitches in her new incision and had to head back to the OR to have them re-done.

Her coughing persisted. “I felt like I was dying,” she wrote. “[My family] were trying to talk to me, and all I could think was, ‘I’m dying, I’m dying. Oh my God.’” When Williams told the nurse she knew something was wrong — that she needed a CAT scan and a heparin drip — the nurse replied, “I think all this medicine is making you talk crazy.”

Williams was undeterred, “Finally, the nurse called my doctor, and she listened to me and insisted we check. I fought hard, and I ended up getting the CAT scan. ... Lo and behold, I had a blood clot in my lungs, and they needed to insert a filter into my veins to break up the clot before it reached my heart.” She didn’t know it yet — no one did — but she had developed an embolism in one of her arteries, a hematoma in her abdomen, and additional clots at risk of moving to her lungs.

It would be four surgeries, including the C-section, and seven days before Williams was released from the hospital. While she remains “grateful” to her personal OB, who never made her feel dismissed, she sees a larger story in her own, and has used her platform to talk about healthcare disparities and outcomes for Black women.

“In the U.S., Black women are nearly three times more likely to die during or after childbirth than their white counterparts,” she wrote. “Many of these deaths are considered by experts to be preventable. Being heard and appropriately treated was the difference between life or death for me; I know those statistics would be different if the medical establishment listened to every Black woman’s experience.”

Olympia is now 4 years old. Williams admits to doting on the child, whom she says has a “great sense of humor.” And despite the years, Williams writes with the clarity and urgency of a woman who remembers, too well, how important it was to speak up.

More Like This
Serena Williams Shows Us How This New Justin Bieber Song Is Basically A Mom Anthem
Meghan Markle Made A Sweet Little Tribute To Her Daughter Lilibet
Tan France Reveals The Incredible Care Package Gigi Hadid Sent For Baby Ismail
Ray Liotta Has Died At 67. Not Only Was He An Iconic Actor, He Was A Proud Dad.