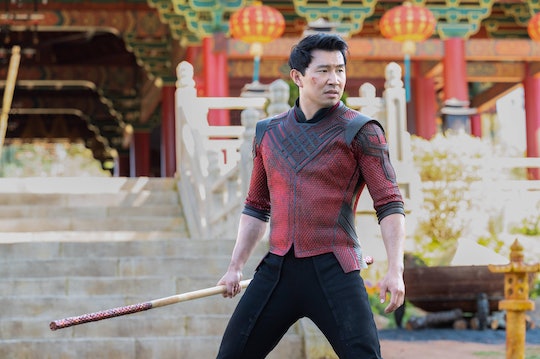 Shang-Chi and the Legend of the Ten Rings is not only the first Marvel movie to include an Asian protagonist but also the first to feature a predominantly Asian cast and center around the challenges of effectively straddling two worlds that many within the Asian diaspora will relate to. It stars Simu Liu and Shang-Chi, Tony Leung Chiu-wai as The Mandarin, and Awkwafina as Katy. But Marvel fans should expect a few fun cameos from other Marvel Universe figures as well, including a face-off between the Abomination from The Incredible Hulk and Wong from Doctor Strange.

Ultimately, the question driving Marvel’s latest superhero flick is a familiar one: Can you change your destiny? And like many Marvel heroes Shang-Chi is leading something of a double life when the film opens to reveal our hero working as an unassuming car valet alongside his best friend Katy.

After 10 years of freedom, Shang-Chi’s father Wenwu has returned for his son. Except that Wenwu, or The Mandarin, is not only Shang-Chi’s father but also the leader of the legendary criminal terrorist organization known as Ten Rings. And, of course, he wants Shang-Chi to join him in his criminal enterprise. In fact, Shang-Chi’s spent all of his childhood training for this very moment, meaning Shang-Chi is not truly a mild-mannered unassuming car valet but a trained martial arts assassin.

The only problem? Shang-Chi has no interest in following in his father’s villainous footsteps. “I thought I could change my name, start a new life,” Shang-Chi says in the trailer. “But I could never escape his shadow.”

Speaking of the trailer, get a deeper look at Shang-Chi’s intense childhood training and his eventual showdown with his dad by checking out the film’s official action-packed trailer below.

Is Shang-Chi and the Ten Rings Appropriate For Kids?

Families with young children may want to consider arranging for a babysitter and leaving any child under the age of 11 at home if heading out to watch Marvel’s Shang-Chi and the Ten Rings this weekend. Although the film is rated PG-13, Common Sense Media has noted it’s probably best suited for children 11 years old and up due to mild language and “lots of sometimes intense comic-book-style violence” that although heavily in the martial arts and hand-to-hand combat does sometimes involve guns and explosions.

Marvel’s latest flick will hit theaters on Sept. 3, just in time for Labor Day weekend. However, families eager to catch Marvel’s first Asian American superhero in action over the holiday weekend can purchase tickets in advance online, effectively ensuring themselves a seat at their local movie theater.

More Like This
The Addams Family Is Not Exactly As Kid-Friendly As You Remember
The Little Vampire Is Just Scary Enough
Witchy Vibes, Salty Language, & More: What Parents Need To Know About Hocus Pocus 2
Disney Drops Strange World Trailer, A New Sci-Fi Movie About A Family Of Explorers