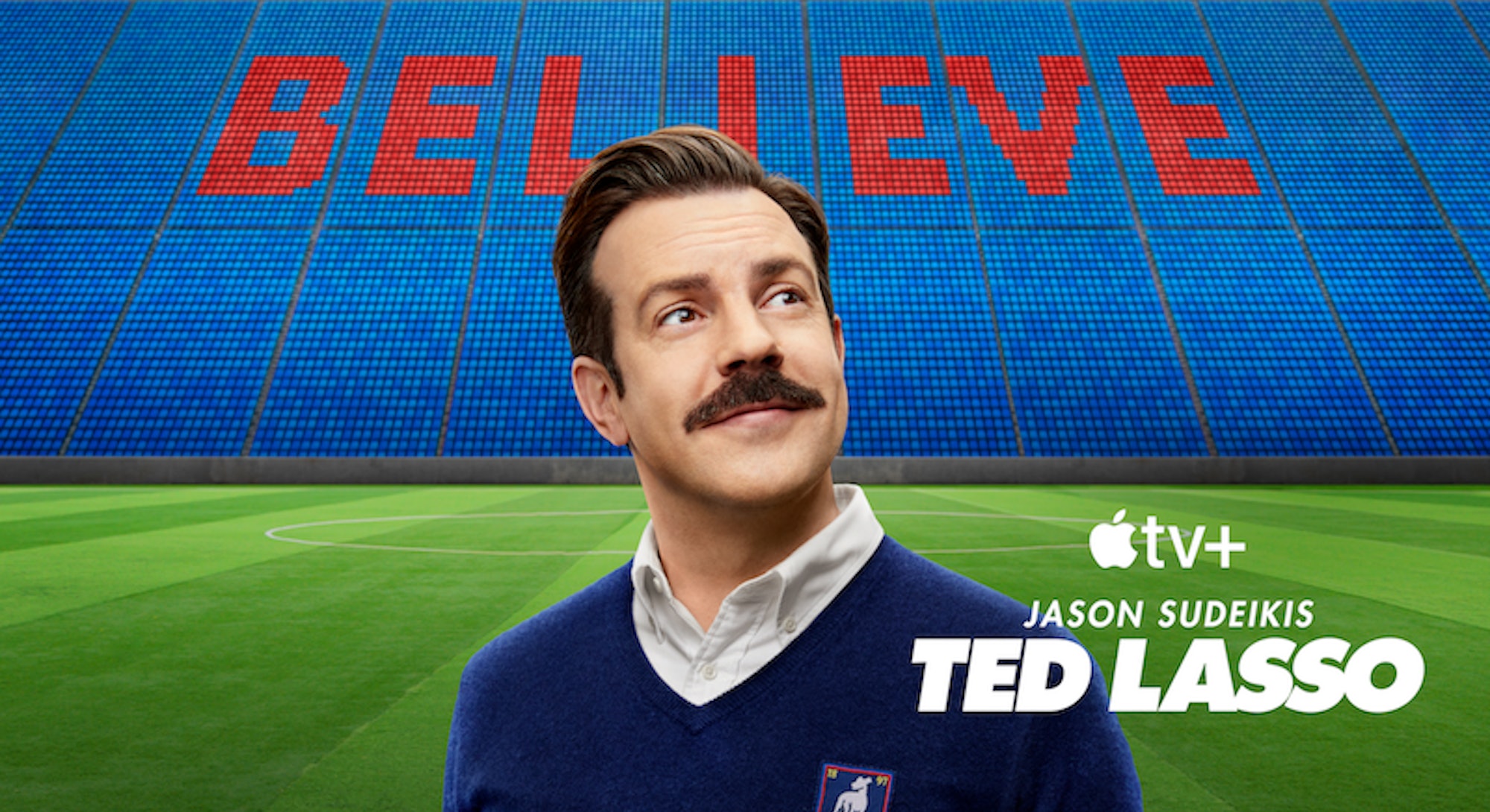 But beyond the tear-jerking Hail Mary speeches, is Lasso actually a good father?

When I was a kid, the spectrum of the TV dad loomed large in popular culture, reflecting the emotionally fraught era and running the gamut from Angela Chase’s still clinging-to-cool dad in My So-Called Life to the treacly-but-tender Danny Tanner of Full House. There was also the tough but kind parenting of The Fresh Prince of Bel-Air’s Uncle Phil and even Married with Children’s Al Bundy and Homer Simpson offered the occasional moment of doting. In the last few decades, TV dads have evolved with pop culture into something more sensitive, funny, and self-aware. Think Phil Dunphy and Cameron Tucker from Modern Family or Black-ish’s Dre Johnson.

And then a scary, unpredictable global pandemic upended our lives, leaving millions unmoored and alone. Divisive rhetoric became the norm and the January 6 storming of the capitol forced a raging populace out of the shadows and into the cultural spotlight. Life felt a little more ragged at the edges than usual and the overall vibes were uh, not good. Enter television's latest entry into the TV dad canon: Ted Lasso.

Our new favorite soccer coach, Ted Lasso, became a breakout hit in response to or in the context of the world around it. But despite the comforting cookies and the tear-jerking Hail Mary speeches, is Lasso actually a good dad?

The hallmark of the Apple+ show is the creation of a character so relentlessly optimistic, so gentle yet handy with his aphorisms that it lulls the viewer into a hypnotic state of kindness by proxy. We’re collectively embraced by Ted Lasso, the coach and the man, this vision of post-toxic masculinity that only falters when we’re reminded why Lasso is in the UK in the first place: escaping the decline of his marriage and ostensibly giving his wife space from said optimism.

The Richmond AFC, the team he’s been tasked with repairing, become surrogate children for the American who believes in the transformational power of the family unit so strongly he becomes de facto dad to an entire sports team. Yet in doing so, he becomes an absentee father to his own young kid, an ocean and several time zones away.

One of the most beloved traits of Ted Lasso, the character, is that he has reframed the conversation around what a man can be. Thoughtful, empathetic, gentle, and engaged in the emotions of everyone around him, Lasso offers up a version of masculinity that embraces its full spectrum of possibility. Or so it would seem. Much of his “smile through it all” brand of optimism is actually quite alienating to the people closest to him, including his wife and son, and towards the end of Season 1, it’s clear that Lasso’s veneer has cracks, that beneath the unshakeable positivity lingers anger, depression, and avoidance.

In Ted Lasso, we rarely see the work of his ex-wife and what goes into parenting a child on her own so that Lasso can take on the task of raising up his surrogate sons on Richmond AFC.

In Ted Lasso, we rarely see the work of his ex-wife and what goes into parenting a child on her own so that Lasso can take on the task of raising up his surrogate sons on Richmond AFC. Despite the notion that through this portrayal a better man is being built, much of Ted’s desire to escape into his work reminded me of the old cultural tropes that linger from TV dads of the past — the dads from Growing Pains and Family Ties, middle-class, white patriarchs who are forever the doting optimists, determined to give their families the comforts afforded their class, to set an example of masculinity through hard work. In the absence of actually spending time with their kids, they tended to appear in the last five minutes of the show, briefcase in hand, tie loosened just so, to offer a saccharine speech soundtracked by something bland yet uplifting. It’s parenting through parable but never feels especially attuned to the moment

Sitcom dads rarely display the battle wounds of the kind of active, in-the-muck parenthood that requires consistency, gets ugly, and often falters before it succeeds. This has typically been the reserve of mothers in pop culture. And Ted Lasso, however progressive, is no exception.

In our desire for comfort this past year, have we projected our own need for the security of a father figure onto TV’s favorite new dad, seeing what we want to see because, maybe now more than ever, optimism is more important than facing reality?

While Season 2 of Ted Lasso is equally as charming as its first run, there is an edge to the coach that wasn’t there in the first season. Lasso is now having to contend with a kind of team co-parent in the squad’s new therapist, Dr. Sharon. It’s not surprising that he finds this sudden division of emotional labor challenging, that sharing the attention of his team is forcing him to confront what it is he offers as a father figure and how he wants to be perceived.

One of the most difficult aspects of parenting is coming to terms with your child’s independence and growth, and the desire to be needed and loved can overshadow the other work of being there when things are hard. Does Lasso’s version of masculinity only work when the women are absent like his wife or emotionally closed off like Rebecca, the team’s owner? As much as Ted Lasso is forcing us to evolve our concept of the modern dad, at times it feels like a rehash of the good cop/bad cop stereotype that has dominated pop culture portrayals of hetero parenting partnerships.

In our desire for comfort this past year, have we projected our own need for the security of a father figure onto TV’s favorite new dad, seeing what we want to see because, maybe now more than ever, optimism is more important than facing reality?