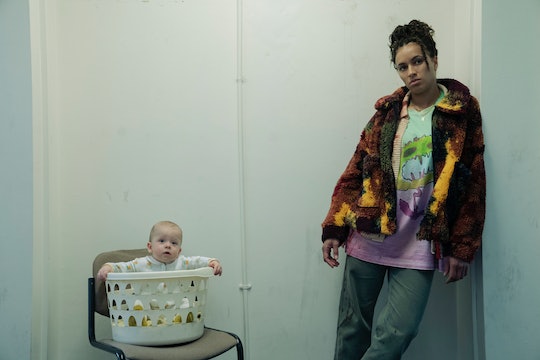 And you thought your baby was a nightmare...

From Rosemary’s Baby to The Babadook, motherhood has been a rich source of inspiration for horror. Honestly, it makes sense: a small, rapidly growing creature takes over your body, emerges in bloody pain, and then changes your entire life and, sometimes, sense of self. Know what else can be creepy? Kids. And indeed, “creepy kids” is another excellent, time-honored genre, from The Omen to The Grudge. Both of these cinematic traditions have come together (with a healthy dose of comedy, because motherhood and children are also hilarious) in a new series: The Baby on HBO, which promises a deep dive into the complexities of modern mothering and, also, a murderous infant.

The Baby will premiere on HBO on April 24.

The eight-episode limited series will air at 10:30 p.m. with new episodes weekly. In a press release, the series is described as a “darkly funny, raw examination of motherhood, from the perspective of a woman who doesn’t want to be one.”

Michelle De Swarte stars as 38-year-old Natasha, who finds herself increasingly angry and hurt that her friends are all having babies. After yet another surprise pregnancy announcement, Natasha heads to a remote cabin to sort herself out and, through seemingly impossible events, finds that a baby has dropped into her life... literally. A baby (the Baby... yes, always capitalized) fell out of the sky and into her arms.

The Baby is adorable, but also controlling and manipulative, and its dark nature becomes increasingly apparent as people around the child seem to have this nasty habit of getting killed... on purpose... murdered (somehow) by the Baby. Though, in the Baby’s defense, it did appear in Natasha’s arms after a mysterious triple homicide. (We’re just saying the clues were there from the get-go.) Natasha doesn’t want the Baby or the Baby’s supernatural killing sprees, but it seems the Baby has chosen her...

In addition to Natasha and the titular Baby, the other two main protagonists of The Baby are Natasha’s bubbly, people-pleasing sister Bobbi (played by Amber Grappy), a children’s magician who longs to have a child, and the mysterious Mrs. Eaves (played by Amira Ghazalla) a mysterious figure who’s lived in her car for 50 years and seems to have a knack for being everywhere the creepy murder-Baby is.

The series came out of the creators’ “deep ambivalence” about becoming parents.

“The idea kind of fell out of the sky,” says co-creator Siân Robins-Grace in a promotional short. “It just felt like a kind of wacky comedy horror premise, and then as the story evolved we kind of realized it was actually becoming more and more about the kind of deep ambivalence that we both were feeling about whether we would become parents.”