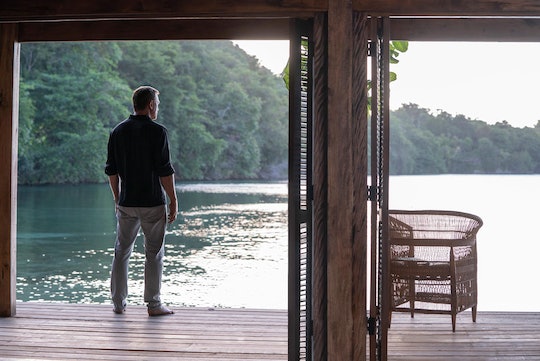 I had to laugh because this was the first movie I’ve seen in a theater since late 2019 and I spent 140 dollars to do it.

There are some spoilers here but ask yourself if it matters.

The first time I cackled during the new James Bond movie was very early on when it shows us Daniel Craig as James Bond standing somberly at the grave of his old lover, Vesper Lynd. Lynd, played by Eva Green, made a spectacular appearance in Casino Royale, only to betray Bond, drown, and leave him with emotional baggage to be carried for several more movies. The dates carved in stone reveal she was 23 years old when she died. The real Eva Green was 26 to Daniel Craig’s 38 at the time Casino Royale was made, and so whoever carved this gravestone lopped off three years purely to commemorate the fact that 23 is a hotter age than 26.

(Whenever people protest online about big age differences they get grief from a lot of different stakeholders. For what it’s worth I think Daniel Craig is one of the hottest men in the world, and the best James Bond — he can get as old as he wants and I will only want him more. But it is objectively hilarious that Vesper Lynd was 23 and they put it on her literal mausoleum, case closed.)

No one tells you how haunted the new James Bond movie is with daddy issues. No Time to Die opens with a taut and visually stunning scene where a young girl (maybe around 9) is pursued by a maniacal assassin in a horrible mask. He’s after her dad, who killed his whole family, and the scene proceeds with increasing drama until an adult version of this girl pops her head up through the azure waters of the Mediterranean and we realize that this terrified child is now a hot, terrified adult having a traumatic flashback, something which is also noted with concern by James Bond standing smolderingly on the water’s edge.

For what it’s worth I think Daniel Craig is one of the hottest men in the world, and the best James Bond — he can get as old as he wants and I will only want him more.

Next we see this woman, Madeleine Swann, played by Léa Seydoux, snuggle against James Bond in the sports car on the way back to the hotel, seeking comfort like the frightened child of her recollections. (She’s 36 in real life; Daniel Craig is 53, so this meets and exceeds the 15-year-age difference that the tombstone indicates is required by the franchise.)

What no one wants to talk about — probably because they forgot since Spectre, the movie where they mostly explain all this, is so bad — is that Madeleine and James Bond have a family history. Her dad, through a third party, once saved James Bond from having his balls bludgeoned with a knotted rope (after all those are the very same balls that will one day — actually, let’s put a pin in that). But he was also sort of responsible for the balls thing and Bond eventually shot him in the knee (this was in Casino Royale, which is amazing despite them making Eve Greene be 23 in it). By Spectre, Madeleine’s dad and Bond come to terms; Bond lets Madeleine’s dad use his gun to kill himself when he is dying from being poisoned, and promises that he’ll find and protect his daughter. The good news for Bond is that the daughter turns out to be Madeleine, who is super hot and a trained mental health professional.

Anyway, that was all in the past. About four years into No Time to Die, a movie that feels five years long (which was fine with me for reasons aforementioned), the daddy issues become much more literal. The second time I cackled in the movie is when a tiny child shows up. This happens when Bond and the beautiful Madeleine are reunited several years after some very complicated misunderstandings and possible betrayals. Part of the reason I laughed might have been the fact that this was the first movie I’ve seen in a theater since late 2019 and that I spent 140 dollars to do it, because I have two kids who aren’t vaccinated and in any case can’t go to violent horny adult movies even if they feature craggy daddies, and so I had to pay for a babysitter plus the tickets plus the snacks to go on a date with their daddy, my husband.

Thus I spent a ruinous amount of money to forget my domestic life for a moment and showed up at the movie theater only to be confronted with a small child who looked just like my younger daughter and who was clearly about to be imperiled. That was one reason to laugh. But it was also an overtly funny moment, and I’m disappointed in my fellow audience members for having no sense of humor, even though James Bond’s facial expression upon seeing the tiny child is patently funny; he is clearly doing the math in his head, staring at this beautiful little baby like she’s a grenade he’s going to have to defuse while she stares back at him with piercing blue eyes just the color of his piercing blue eyes. We finally got some audience laughs when Madeleine curtly tells him, twice, “She’s not yours.” (The thing is, as many men know, you cannot trust moms when they tell you that babies either are or are not yours, so we will get a fact-check on this later in the film.)

The movie could have played the arrival of the child in two ways. Probably the route they went is the less annoying one, but there would have been some real comic possibilities in a daddy daycare, Maury Povich-style thing about whether or not this kid is James Bond’s and now he suddenly has to babysit her, can’t find her special jammies, she hates the snacks he made, etc. But in keeping with the melancholy nature of this Bond franchise, which is signified by muted wool coats that look amazing on Daniel Craig, and by being filmed in lot of different places that have mist in them, the movie takes the other route, which is to ratchet up the stakes because suddenly there is a child.

Yes, the major function of this tiny beautiful creature is that the movie instantly becomes 50 percent more of a stressful bummer. If there are babies onscreen who are scared and holding their stuffy — this one is named Dou-Dou, which apparently means “teddy” in French — it’s actually a law that your maternal fight-or-flight reflex has to be engaged and you have to imagine your own sweet little baby holding her new tiger that she got after her flu shot (its name is Simba). There’s another law that if a little kid with plump cheeks and baleful eyes is scared and her parents love her and her probable dad has to sacrifice himself for her you have to cry, even while you are also simultaneously laughing that James Bond decides that the only way to save his newly discovered family unit is to tuck Dou-Dou into his gun belt and stand on top of a formerly abandoned chemical plant turned WMD silo so that he and Dou-Dou can get blasted into oblivion by a missile launched by his own government.

Yes, in the end, James Bond gets merced by friendly fire, which is the only way that a weapon of the State like James Bond can honorably go down. As he stands there with Dou-Dou, the charitable interpretation is that his tears are of sadness that he doesn’t get to be with his beautiful family and relief that his long assassin’s journey is over and his loved ones are safe. But I was too busy laughing because he had a kid with a hot younger woman, he is permanently off the hook for childcare, and he’s retiring early. Congrats, daddy, and RIP.