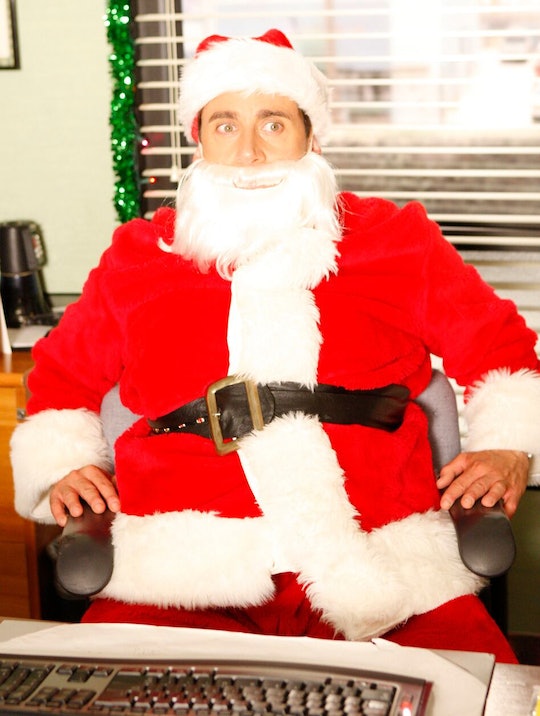 Every Christmas Episode Of The Office To Watch... Alongside Your Yankee Swap

From Secret Santa to Belsnickel, the gang at Dunder-Mifflin always knew how to throw a party

Christmas episodes of our favorite TV shows are often some of our favorite of the year. Maybe it’s the combination of the comfort of the holidays with the comfort of beloved characters, and are there any more beloved characters than our friends on The Office? We’ve put together a complete list of every Christmas episode of The Office — what they are and how to watch them — because what better way to spend this holiday season that cozy under a blanket and laughing our butts off?

There Are Seven Christmas Episodes of The Office

Two of theses episodes, however, are two-parters, so depending on how you count one could also say there are nine.

You Can Stream The Office On Peacock

After years on Netflix, The Office is now streaming on NBC’s service, Peacock, where you can find all 201 hilarious episodes. Seasons 1 through 5 are free without a paid subscription. With a Premium Peacock subscription, you can have access to Seasons 6 through 9, as well as “Superfan Episodes,” which include deleted scenes from Seasons 1 through 3. (For the purposes of this article, that means you’ll be able to watch an extended version of “Christmas Party.”)

You Can Buy Some Christmas Favorites, Or Catch Episodes On Comedy Central

Amazon Prime, YouTube, and iTunes all offer all seasons of the beloved show for purchase. The Office: Secret Santa Pack Features Christmas Episodes on DVD. While it’s not every Christmas episode (it only includes the ones through Season 6), it features lots of bonus footage and Behind-The-Scenes features. The show also airs on Comedy Central, and will through the end of 2021, so check your local listings.

More Like This
Hey Fellas, 'Ted Lasso' Season 3 Is Coming Soon
The Best Valentine’s Day TV Episodes For Kids
When Does 'Yellowstone' Season 5 Come To Peacock? Not Soon Enough
Marcel The Shell Is Heading To The Oscars!
What Parents Are Talking About — Delivered Straight To Your Inbox