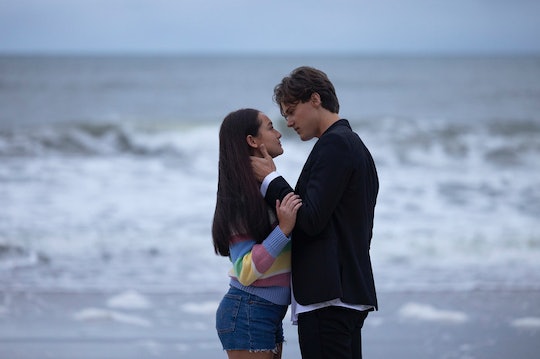 The Summer I Turned Pretty Is Officially Returning For Season 2

We’ll get to see more of Belly and Conrad!

Seven episodes of The Summer I Turned Pretty is not enough, and after streaming the Prime Video series a ridiculous number of times since it premiered on June 17, you probably have one main question. Will Cousins Beach — and the romantic, flirty, and funny characters who live on it — return for Season 2? The answer is YES! Pour a pomegranate margarita and settle in. Everything we know about a new season is below. (Note: Spoilers for Season 1 are ahead.)

Season 2 has been confirmed.

It turns out, Amazon Studios knew how much audiences would love the adaption of Jenny Han’s YA series, which is why they renewed it for Season 2 before Season 1 even premiered, according to Deadline. Season 2 is being developed by showrunners Han and Sarah Kucserka, who will also serve as executive producers alongside Gabrielle Stanton and Karen Rosenfelt and wiip’s Hope Hartman, Mads Hansen, and Paul Lee.

“When I decided to adapt Summer for television, I knew we’d need more than one season to honor the story we are telling,” Han told Variety on June 8. “To receive a second season pickup ahead of the premiere of Season One is beyond my wildest dreams. I am so grateful to Amazon Studios for this amazing vote of confidence in our show, and cannot wait to bring our incredible team back together to tell the next chapter in our story.”

What will Season 2 be about?

Since Season 1 follows the storyline of 2009’s The Summer I Turned Pretty book, we can only guess that Season 2 will follow its sequel: 2010’s It’s Not Summer Without You.

The books were published by Simon & Schuster, and pick up Belly’s journey. When Susannah gets sick again, Conrad stops caring. “Everything that was right and good has fallen apart, leaving Belly wishing summer would never come,” stated the publisher. “But then Jeremiah calls saying Conrad has disappeared, Belly knows what she must do to make things right again. And it can only happen back at the beach house, the three of them together, the way things used to be. If this summer really and truly is the last summer, it should end the way it started — at Cousins Beach.”

There is also a third book in the trilogy, We’ll Always Have Summer, which was released in 2011, so hopefully we’ll get a Season 3 of the show too!

Who will be in Season 2?

The Summer I Turned Pretty is likely to have all the same cast members in Season 2, including Lola Tung as Belly, Chistopher Briney as Conrad, Gavin Casalegno as Jermiah, Rachel Blanchard as Susannah, Jackie Chung as Laurel, and Sean Kaufman as Steven.

In an interview with E! on June 24, the cast revealed they were excited about Season 2. Their answers eerily reflect the characters they play — ranging from Tung’s thoughtful response, Briney’s blunt answer, Casalegno’s earnest reply, and Kaufman’s easygoing attitude.

For his part, Casalegno wants more flashbacks. "I definitely think the flashbacks would be a blast. It's something so special to be able to look forward to how a book was written and trying to translate that into a series, and also fit it in with the changes that were made for season one from book one. I'm excited to see how it plays out, genuinely. "

Kaufman summed it up, saying, “To be honest, I have no expectations. I think all of us trust Jenny to our fullest extent. We know whatever she's got cooking up in that lab it's worth it."

When will Season 2 be released?

The Summer I Turned Pretty was announced in February 2021, and it premiered on June 17, 2022. Since they have already been developing the story and have the cast, it’s likely Season 2 won’t take as long to come out. Most likely, it’ll return Summer 2023.

Where can you watch The Summer I Turned Pretty?

You can stream Season 1 of The Summer I Turned Pretty on Prime Video right now. And if you are dying for more Cousins Beach drama, pick up the series by Han. It makes a perfect beach read!