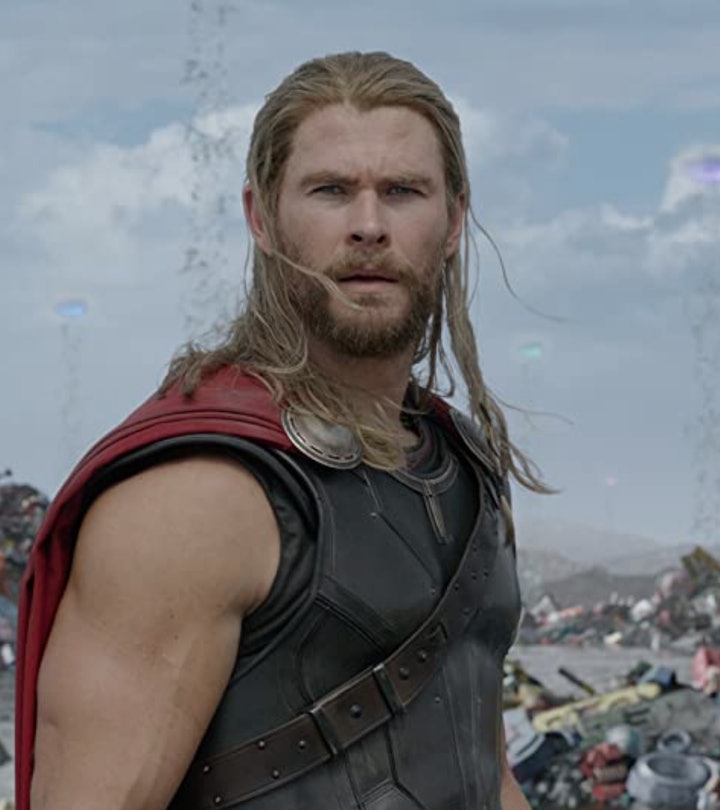 Thor Made Me A Mom

I immediately knew two things when I found out I was pregnant: I was devoted to the embryo that would become my daughter, and my entire life needed to change. Up until this moment in time, I’d dealt with adulthood by escaping reality whenever I could by drinking, getting stoned, and making bad decisions. It seemed easier, safer, and cheaper than therapy. Seeing those two pink lines on that peed-on stick marked an abrupt end to all of that and meant I was suddenly sober and living “clean” for the first time in my adult life, without any real tools to deal with my problems, past traumas, and undiagnosed ADHD.

The first months of early pregnancy were terrifying. I ventured into them quietly, delicately, superstitiously, scared that if I spoke too loud or stepped on the wrong sidewalk crack, the dream of motherhood, a beautiful dream I was allowing myself, would end. So when I saw spotting at 10 weeks, I rushed to the hospital, sure I had caused it by catching the evil eye or letting stress into my womb. When I got back home, I decided that my body would not betray what would become my baby. I would be calm, I would be peaceful, I would be brave. During the day, I worked in copywriting for a fintech company I hated, but it paid the bills. This is what parents do, I figured. After work, in an effort to achieve calm, I would sit crisscross-applesauce on a yoga mat and listen to Oprah and Deepak Chopra’s guided meditations. I repeated the mantra I was given over and over in my mind, my breathing growing more shallow and rapid with every repetition. Each breath filled me with more and more terror about impending motherhood and the idea of passing down intergenerational trauma. Turns out hyperventilating in an effort to keep one’s mind from wandering is not an optimal way to summon serenity.

I relished being absorbed by these alternate worlds where insurmountable problems are solved by fantastical forces.

One night, desperate for a break from my nagging brain, I surprised my partner and myself by asking him to put on a Marvel movie. “The best one, for someone who doesn’t like them.” He chose Thor: Ragnarok, and I loved it: funny and light but also full of big feelings. I relished being absorbed by these alternate worlds where insurmountable problems are solved by fantastical forces. It was a perfect place to project my anxieties onto and escape without harm.

I was hooked. Over the coming months, my belly and feet swelling, and my mind filling with thoughts of fast-approaching motherhood, I let caped, masked men and *ss-kicking women take me away.

My own worries began to retreat as I became immersed in the lives of superheroes, where good generally triumphs over evil, and the heroes often contain both, and where people are either born with the power of gods or overcome tragic circumstances and learn to summon great strength. I settled into my pregnancy groove, letting my uterus do its thing while my thinking turned magical and my subconscious filled with mythic characters fighting foes beyond mortal scope with a combination of bravery and divine and technological interventions.

The films gave me the synthetic promise of strength that I used to get from drugs and alcohol, and they helped me tune out my own anxieties enough to mentally reprioritize my boundaries for parenthood. Iron Man, Thor, Spider-Man, Hulk, and hell, even Ant-Man are heroes for many reasons, but the reason I was most drawn to was that their commitment to the world and the safety of others was almost parental in its fervency.

My superhero friends were battling massive internal demons but still managed to protect others, and here I was preparing to do the same.

In between my Marvel viewings, I tried to watch the “new mom” shows people recommended to me. I couldn’t get into Workin’ Moms because, even though my baby was still on the inside, I knew there was no way my problems were going to look anything like those of the show's main characters: rich, white women with lucrative jobs and blow outs living in downtown Toronto’s finest multimillion dollar homes. A peek, however fictional, into the lives of wealthy new moms offered little comfort. I quickly went back to my superheroes, my friends who were battling massive internal demons but still managed to exist to protect others, and here I was preparing to do the same.

While I’m not about to give f*cking Iron Man credit for changing my life, he and his motley crew of brave, toned friends did gave me perspective. My nightly viewings of these movies helped me think through the kind of profound questions about parenthood that I'd been previously afraid to face head-on: What will we do to protect our young? How do we sew closed the wounds of the past while sprinting so quickly into the future? And also, how does Chris Hemsworth look so good with that stupid hairdo? These deeply held questions, plus the thrill of watching hot people in tight clothes throw hammers and fly around the cosmos, ultimately got me through my pregnancy in one piece, emotionally. (Physically, I did get torn in half in the end, but that’s another tale.)