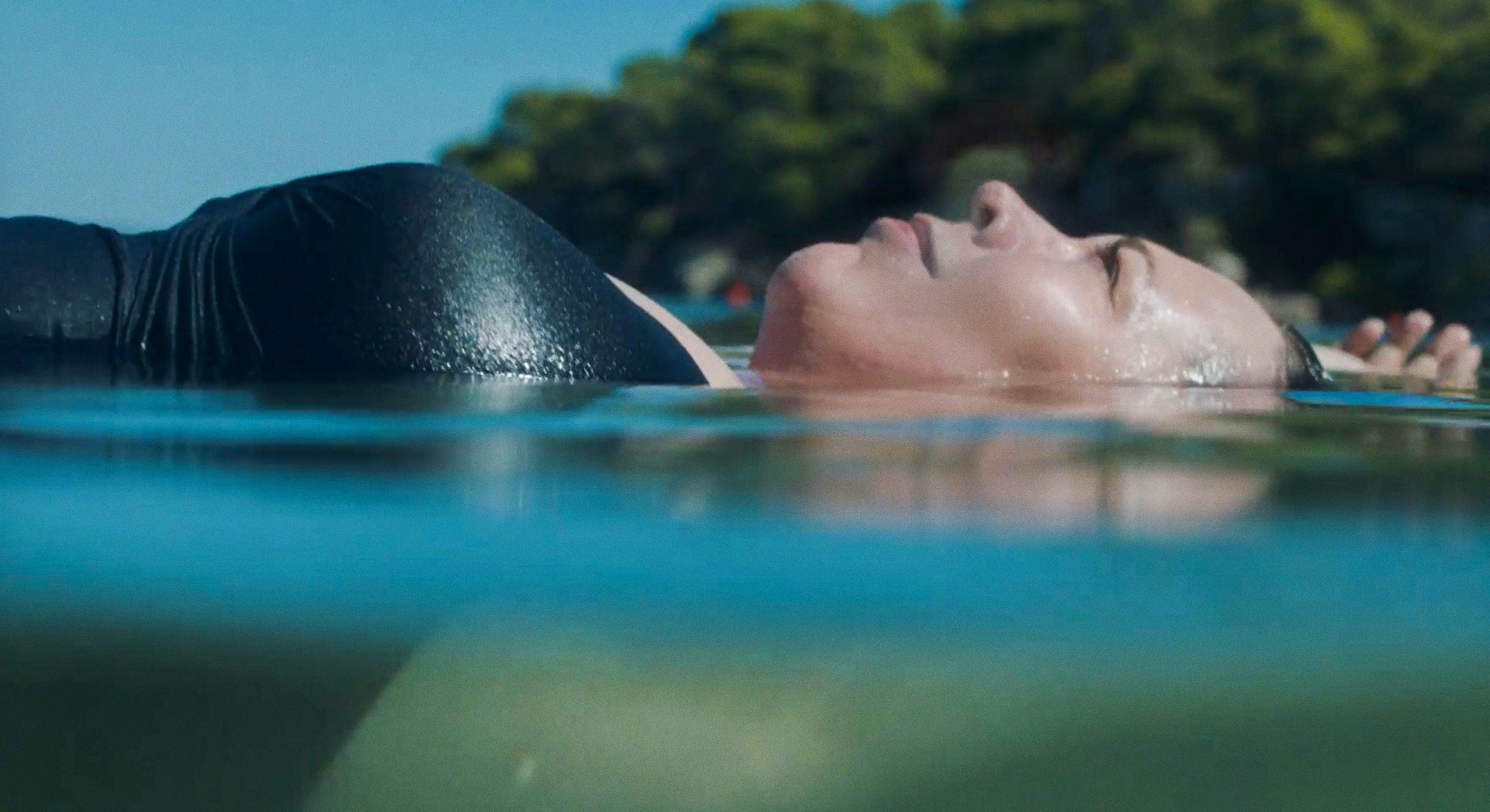 And Olivia Colman is perfect.

Watching The Lost Daughter was for me a physical experience. I watched in my bed on my computer; I kept sitting up, nervous, anxious, then lying back down, then sitting up again. Oh, my God, Leda, I kept thinking. Don’t do that! Just give the kid the f*cking doll!

The movie, directed by Maggie Gyllenhaal, is based on the Elena Ferrante novel by the same name. Leda is 48, a university professor on summer holiday. She’s alone at the beach, sits and reads in the sun. She forms a tenuous, perhaps volatile, relationship with a young mother and her child and their brash, obtrusive family. These interactions remind her of her own tumultuous experience of motherhood.

The film doesn’t exactly match the book, which focuses much more on class, delves more deeply into Leda’s violent childhood. Instead, the film directs its attention on the fact of Leda as a female body, vulnerable and mercurial, as likely to act out and misbehave as she is to coddle and abet.

In one of the early scenes, Leda’s daughter is hurt. It’s Sunday — “It’s your day!” she mutters to her husband. He’s on the phone with Columbia, he mouths to her. She’s hunched over at her desk in their bedroom, trying to work, their daughters playing in the other room.

“I’m on the phone,” her husband says, again, emphatic, before she goes into the kitchen to deal with their crying kid.

Her daughter’s cut herself — she’s 5 or 6 — trying to do a thing that Leda does in a way her kids find magic. It’s a motif the film returns to over and over, the seamless one-strip way that she cuts fruit. So then the little girl is bleeding, and she’s crying. She’s begging her mother to kiss her booboo, but Leda will not kiss it. She will clean it and put on a Band-Aid. She does her duty as a mother. Just kiss the f*cking booboo, Leda, I thought, but she didn’t. And when she didn’t, I also felt a thrill.

Later — and this is something of a spoiler I guess, but the movie is so much more interesting than spoilers — Leda steals another child’s doll. This other child is sobbing, distraught, desperate. Oh, my God, Leda, I kept thinking. It will feel so good to give that child her doll. She keeps it though, for almost the whole movie. We watch her hold it, cater to it, sleep with it. We watch her continue not to give it back.

My favorite moment — but that’s not right, more like the moment in which my body felt most settled, when the movie was acting on me in the way that made me less anxious than it did most of the time — was when Leda finds a little girl who has gone missing, and whose doll she later steals, and carries her back to her mom. Oh, thank God, Leda, I thought. They’ll like you now! Except Leda doesn’t care. Or rather, she cares differently than I do. She cares in a way that feels right and true, but also scary and uncomfortable. It’s what makes the film so good.

Every time that Leda chose to do something other than accommodate the wants and needs of other people, I felt terrified for her.

Does it matter, does it help, that she is caring for the doll as she keeps her from the distraught child, that she is trying to make the doll nicer? Because I am pathologically addicted to the idea of being liked, of how caretaking is a sure avenue to liking that then might lead to some unknown unnamed sense of safety, I became obsessed with this idea.

To be something — good, kind, selfish, likable — is its own thing when you’re a woman because then there is the extra layer of how you’re seen and thought of and therefore whether or not you’re found worthy of being, worthy of protection, by the wider world.

I love everything about Olivia Colman’s body and also how she holds it. In the opener, we meet her alone, beautiful but middle aged and often not wearing many clothes, not wearing any makeup. I love that she is not willowy or delicate, the way she sits with her legs spread and leaning forward, the way her skin looks properly thin and crumpled each time she wakes up from a nap. She is surrounded by this boisterous group of fellow tourists, they hover and gesticulate, they spout expletives and stare at her; they’re not nice people, the nice cabana boy says. But she keeps doggedly refusing to cater to them. I had read the book already, still at least three times I found myself not breathing, I was certain they would hurt her, as she walked the wooded path each day alone back to her car.

What’s fascinating here, what the film does so well, is the texture that it adds to likability, to caretaking, to the ways and numbers of times each day a woman, especially a middle-aged one and especially a mother, is taught to negate herself to prove her worth, the unknown dangers of refusing; the unknown unnamed costs of both.

If a woman’s whittled down to nothing, the film seems to be asking, what is it, really, she’s protecting?

The reward for negating herself is a sense of safety (or so it feels): if she is a good mom (Leda doesn’t think this but I do, often) if everybody likes her, if she is accommodating and kind and gives exactly like she should, then the world will like her enough to protect her, because the world is dangerous for women, in this way that I can’t wholly name or even justify besides to say I know it and I feel it, besides to say my body told me every time that Leda chose to do something other than accommodate the wants and needs of other people, I felt terrified for her. Because we are often taught that being liked by others is a prerequisite not just for getting but for being; that we must be seen and wanted, loved and valued, before any of what we are is allowed.

There’s another scene, late in the movie: Leda’s dancing. She wears a red dress, lipstick, flails her arms; she smiles and sweats. The family comes though, with their threatening bigger bodies; she sees them staring at her, and she stops. If a woman’s whittled down to nothing, the film seems to be asking, what is it, really, she’s protecting? If the prerequisite for being involves endless negation, endless giving, what is it that we’re so afraid to lose?