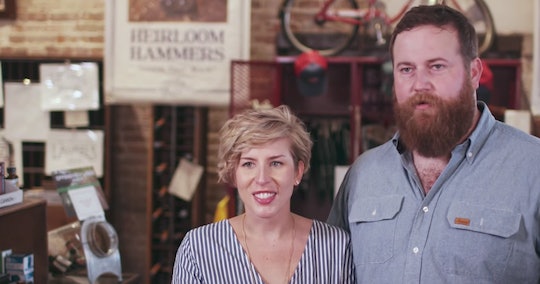 E! Live from the Red Carpet/YouTube

What Is Ben & Erin Napier's Net Worth?

HGTV's Home Town stars Ben and Erin Napier are quite the hustlers. Not only do they renovate historic homes, but they also host their own reality TV show and own the gorgeous Laurel Mercantile Co. in downtown Laurel, Mississippi. With so many things going on, many viewers have wondered just how much the famous pair are raking in. So what is Ben and Erin Napier's net worth?

Unfortunately for Home Town fans, the couple's net worth isn't readily available (and it's understandable why people wouldn't want to flaunt their earnings to the world). However, other HGTV stars have reported net worths in the millions, according to E! News: Fixer Upper and Love it or List it's famous couples are each reportedly worth at least $5 million.

That said, most HGTV renovation shows have been going on for a while now, and some have spinoffs and book deals going on, as well. Home Town only just got renewed for its second season and they're only 11 episodes into their reality TV run, so Erin and Ben could be seeing lower income from HGTV than other famous renovators do at the moment.

Still, the Napiers do consistently renovate others' beautiful old homes, so they have that income coming their way as well. They also opened the doors to the Laurel Mercantile Co. in December 2016, where they sell Ben's reclaimed furniture, men's workwear, and heirlooms. Before they embarked on their Home Town adventure, Erin — who studied graphic design — also designed wedding invitations over at Lucky Luxe, her own company.

The couple know that they're hard workers, and they told Country Living in March that time management was their weak spot. At one point in time, Ben was reportedly working up to 20 hours a day for a nearly a month as he worked on four home renovations and custom woodworking projects.

Ben and Erin also realize that the more successful their businesses and Home Town become, the better life will be for everyone in Laurel. "If we could create a lot of jobs in the store, think about how many more we could create if we started making our own products here in town," Ben told Country Living. "And since we already have that background of stationery and woodworking, we kind of already have laid the groundwork for that."

No matter how famous they get or how rich they become, however, they've said that they'll be keeping their eye on what's important in life. "We don't want it to change the way we treat each other or the way we live or think of ourselves," Erin told Country Living.

Sounds like they've got the right idea. With that mindset and the many successes they've seen so far, it looks like Erin and Ben are just going to keep growing.