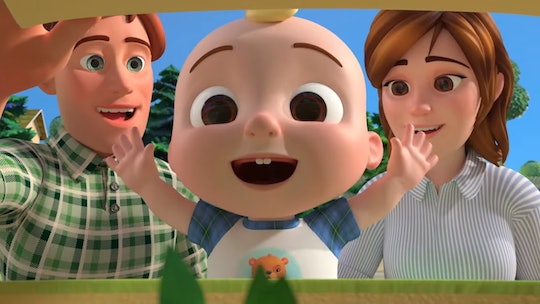 Don't Worry, CoComelon Is Not Leaving Netflix After The Show’s Latest Acquisition

We all need the quiet time only CoComelon can provide...

A recent deal between Warner Media Kids & Family and Moonbug Entertainment is bringing some of your children’s favorite names from YouTube to HBO Max and Cartoon Network, including every toddler’s very favorite: CoComelon aka “the show you put on when you need to hypnotize them.” (Fact: toddler hypnosis is actually extremely practical if you need to get anything done around the house.) But for those of us who’ve been streaming CoComelon on Netflix and other platforms, what does this mean? Here’s everything you need to know.

Starting Jan. 31, CoCoMelon is now included in the Cartoonito lineup on Cartoon Network. “The digital sphere is a wellspring of rich and popular content, and being in the preschool space affords us opportunities to work closely with reputable hitmakers like Moonbug to build our library of trusted brands such as Blippi and CoComelon,” Adina Pitt, vice president of content acquisitions at Warner Media, said in a press release.

Cartoonito is a programming block geared toward preschoolers and includes Mush-Mush & the Mushables and Thomas & Friends: All Engines Go, series and specials from the Sesame Workshop and more.

Fortunately for your child, this new acquisition for Warner Media is not exclusive. So they can keep on tuning into the same places to keep watching their favorite singing CGI babies (and parents and various animals). CoComelon is currently available on:

In 2020, CoComelon joined the ranks of YouTube channels with more than 100 million subscribers, which is a truly small club: before then, only two other channels have reached such numbers. The YouTube channel currently boasts more than 128 million subscribers and has remained in the top five most subscribed to channels ever since, amassing more than a 120 billion views. As of last June, ScreenRant reports the brand earns about $120 million a year without merchandising.

Fortunately for all those kids, there’s no dearth of places to catch their favorite classic nursery rhymes and original songs, and this deal with Moonbug and Warner Media has just given them one more!

More Like This
Viral TikTok Breaks Down How Beautifully Bluey Depicts One Character’s Infertility
Sea Monsters, Pandas & Everything Else Coming To Netflix In July 2022 For Families
Elmo Talks About Getting His Covid Vaccine In A Cute New Video
'Caillou' Is Officially Getting A CGI Reboot Whether People Like It Or Not