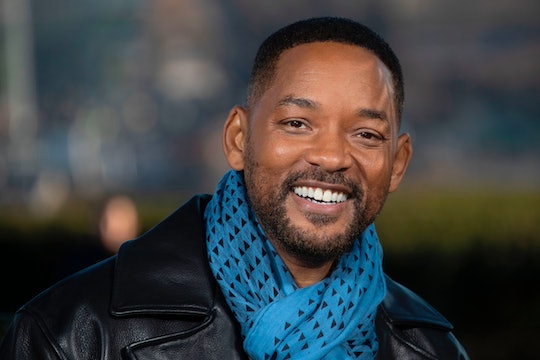 And now they’re all celebrities in their own right.

Will Smith is nominated for his third Academy Award for his role in the film King Richard (which is itself up for best picture). In it, he plays Richard Williams, father of tennis stars Venus and Serena Williams. But who are Will Smith’s wife and kids in real life? Well, considering most of them are celebrities in their own right you probably have a good idea, but here’s everything you need to know about the actor’s family life...

According to Zampino, who owns a boutique and has appeared on The Real Housewives of Beverly Hills, she met Smith when he went to a taping of A Different World hoping to meet none other than Jada Pinkett, who played Lena on the show. He was unsuccessful, but, Sheree was there with her friend Billy to support another friend, actor (then writer) Orlando Jones. “Unbeknownst to me,” she told Hollywood Unlocked, “my friend Billy gave Will my number.”

The two married in 1992 and Sheree gave birth to Trey that same year. The pair divorced in 1995, which was initiated by Sheree. In an episode of Jada’s Red Table Talk, Smith shared that “divorce was the worst thing in my adult life. Divorce was the ultimate failure for me. I’ve been hurt a lot in my adult life, but I don’t think anything touches the failure of getting divorced from my 2-year-old son’s mother.”

In 1998, Trey appeared in Smith’s music video for “Just the Two Of Us,” a song all about his love for his firstborn as he delivers life lessons and vows to always be there for him “even though it didn’t work out between me and your mom.”

Will Smith married Jada Pinkett in 1997.

In his autobiography, Smith says he waited just five days after being served divorce papers to call on Jada, who had left Hollywood disillusioned and bought a farmhouse in Maryland. But Smith’s call prompted her to jump on a plane to LA. Since his divorce hadn’t been finalized, the pair kept their relationship a secret.

The pair became engaged in 1997, and Jada found out she was pregnant the very next day. The two were married at a mansion in Baltimore, Jada’s hometown, though Jada herself wasn’t big into the idea of having a wedding, and shared on Red Table Talk that she was “so pissed.” She added, “I went crying down the freakin' aisle getting married.”

Jaden has followed in his parents’ celebrity footsteps, and in particular his dad’s ability to succeed as both an actor and a musician. He first movie alongside his dad in The Pursuit of Happyness in 2006, and then again in After Earth in 2013. He also appeared in remakes of The Karate Kid and The Day the Earth Stood Still. He has released three mixtapes and three studio albums, and collaborated with musicians around the world, including Justin Bieber.

While he sought emancipation on his 15th birthday, a request Smith says “shattered” his heart, Jaden, now 23, ultimately decided against proceeding with the emancipation.

His daughter Willow was born 2000.

Like her father, Willow has pursued a career in acting and music. She appeared in I Am Legend alongside her father in 2007 and, in 2008, voiced the younger version of her mother’s character, Gloria in Madagascar, and continues to do voiceover work to this day.

The 21-year-old has released four albums since 2015 and appears alongside her mother and maternal grandmother on Red Table Talk.

Will and Jada refer to themselves as “life partners.”

Over the years, the couple been touted as one of Hollywood’s strongest power couples, and jointly own a production company, Overbrook Entertainment. But they also have a relationship that is roundly described as “unconventional.” They have routinely denied divorce rumors, going as far back as the early 2000s, but are open about their ups and downs. While Jada denied that the pair had an open relationship in 2013, Smith told GQ there was a period of non-mongamy in a 2021 feature. “For the large part of our relationship, monogamy was what we chose, not thinking of monogamy as the only relational perfection. We have given each other trust and freedom, with the belief that everybody has to find their own way. And marriage for us can’t be a prison. I don’t suggest our road for anybody. I don’t suggest this road for anybody. But the experiences that the freedoms that we’ve given one another and the unconditional support, to me, is the highest definition of love.”

Nowadays, they prefer to say they’re “life partners” rather than “married.”

This less traditional approach has extended to the way the pair raised Jaden and Willow, emphasizing freedom, self-expression, and personal (rather than parental) responsibility.

The entire blended family gets along, but it took time.

Despite the divorce, Sheree and Smith remain close. Sheree was there for the actor’s big “50th Birthday Grand Canyon Bungee Jump” in 2018. In an episode of Red Table Talk, Jada has said that while the two had a difficult start (understandably), the two now share a “beautiful sisterhood.” Sheree has called Jada an “absolutely amazing ... bonus mom and co-parenting partner.” Trey refers to Jada as his “bonus mom” whereas Jada includes Trey when discussing her children.