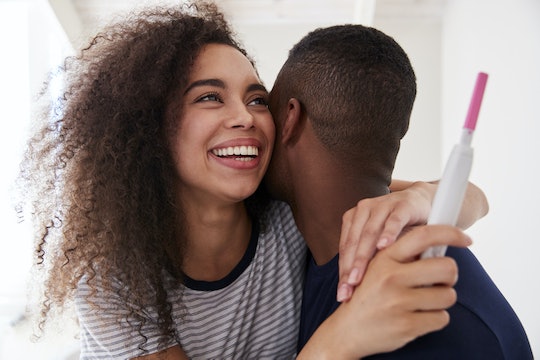 When you're actively TTC (that's "trying to conceive," of course), you're generally willing to try just about anything to get the process going. Still, unless you've encountered some major roadblocks that absolutely require professional intervention, you're probably looking to keep your efforts as simple and non-invasive as possible. Luckily, there are plenty of natural fertility boosters that won't give you any unpleasant side effects or require you to spend thousands of dollars on multiple procedures — and for lots of women, they really do work.

From subtle lifestyle changes (that will likely benefit your health in general anyway) to supplements to alternative medicine practices, there are a variety of tricks and techniques to try out if you're looking to expand your family. And if your plan to procreate isn't moving along quite at the pace you'd hoped it would, you should know that you're in no way alone: About 12 percent of women aged 15 to 44 years in the United States have difficulty getting pregnant or carrying a pregnancy to term, according to the Centers for Disease Control. So you can be fairly certain that whatever type of fertility booster you try, there will have been quite a few women who've gone down that road before you (and some of them are bound to have detailed their experiences on a Reddit thread or Facebook post!).

It goes without saying that you should always check with your doctor before trying anything new, especially if you're already undergoing fertility treatments. But once you get the go-ahead, these methods are said to be among the most successful.

More Like This
22 Valentine's Day Pregnancy Announcement Ideas Sweeter Than Candy
Fun, Sexy Maternity Lingerie, For When The Mood Strikes
58 Perfect Literary Boys Names
What Foods Fight Nausea During Pregnancy?
What Parents Are Talking About — Delivered Straight To Your Inbox