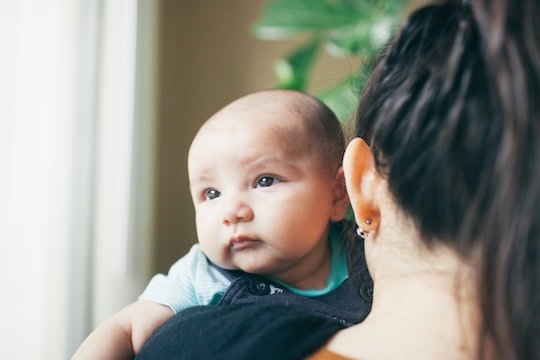 The expansion not only lifted millions of children out of poverty, but appears to have reduced anxiety among low-income parents.

The benefits of the expanded Child Tax Credit (CTC) of 2021 have been studied extensively in the year since it ended. The United States Census Bureau found that this expansion reduced child poverty by nearly half. But it would appear that children weren’t the only beneficiaries; a study published in the January 2023 issue of Health Affairs found that expansion of the CTC improved mental health among adults with children, especially among marginalized groups.

The CTC was first established in 1997 as a way to provide financial relief to middle income families. Prior to the expansion, however, approximately one-third of American children did not receive the full value of the benefit because their families did not earn enough — those with low or no tax liability often did not receive the refund payment. The Center on Poverty and Social Policy at Columbia University notes that children in single parent homes, children living in rural areas, Black and Hispanic children, and children in larger families were disproportionately ineligible and left behind in enjoying the policy.

With the expansion included in the American Rescue Plan, the CTC not only increased — from $2,000 to up to $3,600 per child under 6 and $3,000 per child under 17 — but the payments were sent directly to families in monthly payments from July to December of 2021. The full credit was available to single filers, heads of household, and married couples filing jointly with gross incomes lower than $75,000, $112,500, and $150,000, respectively, for the 2021 tax year, included those with zero earned income. The result: according to the Census Bureau, 2.1 million children were lifted out of poverty. Moreover, food insecurity dropped and families could more easily afford household items, including those not included in benefits provided by the Supplemental Nutrition Assistance Program (SNAP) or Women Infants Children (WIC), such as diapers and other hygiene products.

Authors Akansha Batra, Kaitlyn Jackson, and Rita Hamad, all of the University of California San Francisco, examined the Census Bureau’s Household Pulse Survey data on the mental health and related outcomes among low-income adults with children in this period and prior. They found that the CTC expansion was associated with decreased anxiety (−3.4 percentage points) symptoms among low-income adults with children. Researches noted a larger decrease among Black and non-white Hispanic respondents than among their white counterparts. Depressive symptoms decreased as well (−1.7 percentage points), and more notably after several payments had been disbursed.

Authors note that while, on an individual level, these percentages are not terribly dramatic, “it represents a meaningful change in the distribution at the population level, particularly considering the challenging pandemic-related circumstances during which it was implemented and the potential cumulative effects if the benefit were to be extended.”

They additionally posit that continuation of such a benefit — one that was “nearly universal with few administrative burdens among those who received automatic benefits” — could potentially lead to decreased feelings of stigma associated with participation in public benefits programs and therefore have an even greater impact on long-term mental health if continued.

But while the reinstitution of the expanded CTC was touted as a top priority for Congressional Democrats in the $1.7 trillion omnibus spending bill at the end of 2022, it ultimately was not included. The authors hope state and congressional leaders will pay heed to their findings as they discuss the future of the CTC.

“Our study adds to a small but growing body of work that shows that the CTC not only increased food sufficiency but also improved mental health among adults with children, particularly among the most marginalized groups,” the authors conclude. “By reducing financial hardships, this policy has the potential to improve the environments in which vulnerable low-income children grow up ... particularly as the economic recovery from the pandemic drags on and as already marginalized families continue to be left behind.”