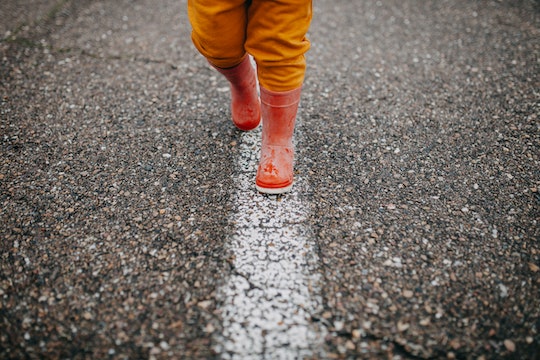 “This is a national emergency, and the time for swift and deliberate action is now.”

The American Academy of Pediatrics (AAP) has joined the American Academy of Child and Adolescent Psychiatry (AACAP), and the Children’s Hospital Association (CHA) to declare a national state of emergency regarding children’s mental health. According to the more than 77,000 physicians represented by the groups, the Covid-19 pandemic has exacerbated and added to many of the already existing challenges children face. The organizations have urged policymakers to take action to address the crisis.

“Children's mental health is suffering,” AAP President Dr. Lee Savio Beers said in a statement released Tuesday. “Young people have endured so much throughout this pandemic and while much of the attention is often placed on its physical health consequences, we cannot overlook the escalating mental health crisis facing our patients.”

According to the AAP, physical isolation, uncertainty, fear, and grief brought on by the ongoing pandemic have taken a serious toll on children’s mental health in the last 19 months. A recent study published in Pediatrics, estimated that more than 140,000 children in the United States had lost either a primary or secondary caregiver to Covid-19 from April 1, 2020, to June 30, 2021. Such loss can have both immediate and life-long consequences such as mental health problems and increased risk of suicide.

Data from the U.S. Centers for Disease Control and Prevention (CDC) has shown that emergency room visits for children experiencing mental health emergencies rose 24% in children aged 5 to 11 between March 2020 and October 2020. In that same time, mental health emergencies among children aged 12 and up rose 31%. Additionally, emergency room visits among girls aged 12 to 17 related to incidents of suspected suicide attempts rose more than 50% in early 2021 when compared to the same period in 2019, the CDC has reported.

“We are caring for young people with soaring rates of depression, anxiety, trauma, loneliness, and suicidality that will have lasting impacts on them, their families, their communities, and all of our futures,” AACAP President Dr. Gabrielle A. Carlson said in a statement. “We cannot sit idly by. This is a national emergency, and the time for swift and deliberate action is now.”

The groups stressed Tuesday the nation’s worsening mental health crisis was having a disproportionate impact on children and young people of color, who along with being impacted by racial injustice — an issue that is very much a mental health issue — were also disproportionately affected by many of the challenges brought on by the pandemic. “Children and families across our country have experienced enormous adversity and disruption,” the groups stated. “The inequities that result from structural racism have contributed to disproportionate impacts on children from communities of color.”

More Like This
Viral Hives In Children: What Doctors Want You To Know
A Parent’s Guide To Stomach Pain In Kids
Amoxicillin Rash: Is It Really An Allergy? Doctors Explain
14 Recipes For Sick Kids When Everyone's Tired Of Canned Soup & Crackers
What Parents Are Talking About — Delivered Straight To Your Inbox