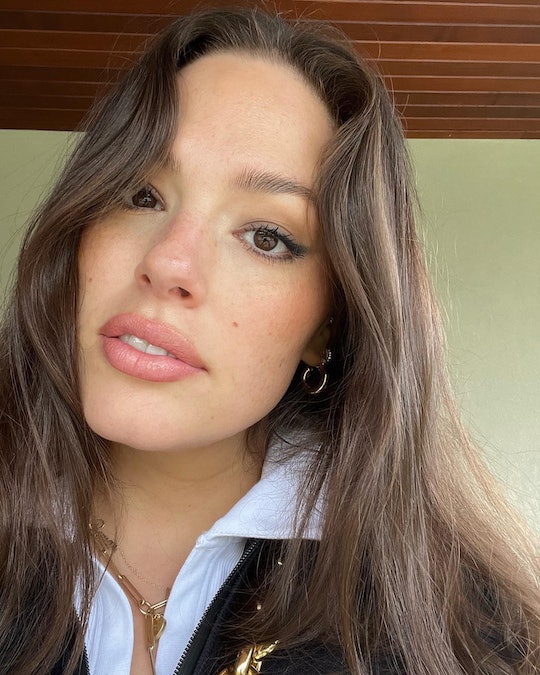 Ashley Graham On The “Fun, Organized Chaos” Of Raising Twins

Plus, the $12 concealer she swears by.

It may be impossible for a woman to ever really feel ready to become a mom — but having gone through the gauntlet before certainly helps. That’s the case for Ashley Graham, anyway: after giving birth to her first son, Isaac, she went into her second pregnancy with a pretty good idea of what she needed to do to take care of herself. “One thing that I did religiously when I was pregnant with Isaac was acupuncture, which was really great for my overall comfort as well,” says Graham of her pregnancy secret weapon.

That’s not to say that all of her self-care rituals were as leisurely. “I knew that moving my body was gonna be essential, so I told myself, you’re moving your body every day.” Recalling her pregnancy exercise regimen, she adds, “I was doing yoga four days a week and taking at least a 30-minute walk every day — even in the frigid cold, jeez Louise!”

Still, even past pregnancy and childbirth didn’t fully prepare the Revlon spokeswoman for the experience of doing it all over again — with twins. “I wasn’t working out up until the end, I can tell you that,” she laughs. “Two kids were a lot heavier than one! And they were each heavier than Isaac was when he was born.” The biggest difference, she says, was childbirth itself: “I knew that because I had already done it with Isaac, I could do it again the second and third time. But as Malachi came out, I realized, I have to do this [again] immediately after. I had to really talk myself through labor a little bit, because I had to push out two instead of just one.”

Now that Graham has a few months as a mother of three under her belt, she’s beginning to find her groove. “It’s like fun, organized chaos,” she says. But she relishes the challenge. “For me, I thrive.” Ahead, the supermodel shares her staple post-pregnancy products and her favorite thing about being a three-time boy mom to Isaac, Malachi, and Roman.

How did Isaac adjust to the pregnancy and becoming a big brother?

We got warned a lot that it was going to be hard on him, and it hasn’t been hard on him at all. He’s had such a great experience. As far as the actual pregnancy went, I was just thinking about how much I wanted to spend time with Isaac before it turned into a family of five, when it was just a family of three for almost a solid two years. He knew that the brothers were in the stomach, there’s babies in there, and he would kiss my stomach all the time. And then I had the twins early in the morning, and he came over that afternoon and met them, and he was full smiles — so excited to meet the babies. He calls them his “brubbers,” and he says their names the way a two-year-old can say anything, and it’s just the most adorable thing in the whole wide world. He gives them the sweetest, gentlest kisses on the head. And then he jumps around them, which makes us all very nervous, and we’re like, “don’t jump on them, don’t jump on them!” [Laughs]

Are there any products that you really relied on during pregnancy or since giving birth?

Yeah, there’s actually a few things that I always keep in my bathroom on my vanity. First and foremost, after my pregnancy I was using the Frida Mom boyshorts, the disposable ones, going through those about three or four a day. Those are like a must; to me, those are the best quality.

Also, my acupuncturist has this massager she made called a Lanshin massager, and you put hot water in it, and then you can hold it and massage your neck and your traps or anything inflamed on your body. It has an infrared kind of active ingredient in it that soothes your muscles, and that has been transformational for my breastfeeding neck, and my achy joints when I was pregnant. And then my absolute favorite product, hands-down, is the Revlon Rose Glow Face Mist. That kept my skin glowing after I had given birth, because I honestly was forgetting to wash my face at night, but in the morning as long as I threw on my rose mist I at least felt hydrated.

What is your morning routine like now that you have the twins?

Well, things have changed, and my alarm now is when a baby cries. So the baby cries, I rinse my face — I don’t wash my face, I rinse my face. Depending on how I’m feeling and how much sunlight I’m gonna get, I will maybe use a retinol and a vitamin C and an uber-hydrating moisturizer from Fig.1, pump it all in my hand at once, and lather it all over my face. It’s literally one step. Then I’ll brush my eyebrows up and curl my lashes. I will 100% use the Revlon So Fierce Eyes Wide Open Mascara, and then I’ll do the ColorStay Skin Awakening Concealer — I’m shade 001, just in case you were wondering. Now, I kind of did that a little backwards, because that’ll be after I breastfed the babies. You know, I’m not just leaving the baby in the crib crying as I’m getting ready. [Laughs] But as long as I have that 10 minutes to myself in the morning, I feel like I could take on the world, even if one of my boobs feels like it’s going to explode and a baby won’t stop crying.

What’s it like being the only female presence in the house?

You know, I’m the queen. [Laughs] I love it. I have a couple friends who only have boys and they told me, they said, you will be the queen forever. And it’s just fun. They’re so little that right now we’re just in diaper- and bottle-land. My husband says, “We have triplets,” because I have three kids in diapers, you know? Currently we’re sleep training the twins so we’re all a little bit sleep-deprived in the house, but my mom is with us every day. So she’s truly the queen, because that’s just how grandmas are. [Laughs]

What is your favorite thing about being a mom? Has it changed since you had the twins?

One of the most fun things for me about being a mom is that every stage of their lives brings a different kind of joy, whether it’s their firsts, or how they’re communicating, or the fun activities you can go out and do, or even the snuggles. There’s so many different phases of each age, and now I’m really excited, because as the twins get older, in each of their phases I get double the joy.