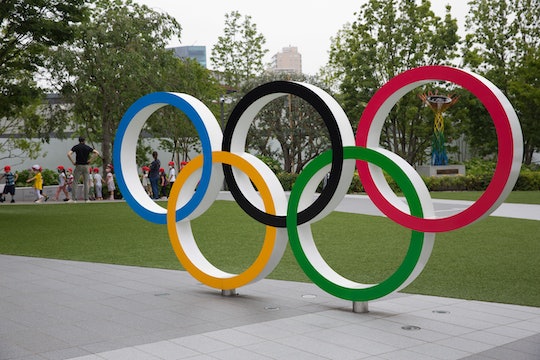 Babylist Announced It Will Pay For U.S. Olympians To Bring Their Babies To Tokyo

Because getting to the Olympics in the first place is hard enough!

When Olympic organizers announced that breastfeeding Olympians would be allowed to bring nursing children (and a support person to help coordinate childcare) last week, it was hailed as a victory by athletes and the International Olympic Committee (IOC). But while the ruling helped Olympians over one hurdle (no pun intended for the track and field competitors), there were still other logistics to figure out, including how they were going to pay for the added expense. To help alleviate this dilemma, on Wednesday, Babylist announced it will pay for U.S. Olympic athletes to bring babies to Tokyo by helping with considerations such as transportation, gear, and bottles.

“When we heard that there were some athletes faced with the choice between competing at the highest levels or caring for their baby, we knew we had to get involved,” Lee Anne Grant, Babylist’s VP of Marketing tells Romper. “Core to our mission at Babylist, we strive to help parents during the hectic, stressful, and uncertain time of becoming a new parent. This is why we’re committing to providing resources and support to new mothers heading to Tokyo.”

The offer fills a little-known need. While many of us may hear “Olympian” and think “super-rich athlete celebrities who do not need any financial help at all,” the truth is that most athletes heading to the Olympics will face financial burden or hardship as a result of training, competition, and travel. While a few lucky athletes in high-profile events like swimming or gymnastics can expect to secure multimillion dollar corporate sponsorships and lucrative endorsement deals, many will shoulder a financial burden to compete. The Guardian reports that Olympic fencers, for example, can expect to spend more than $20,000 per year to remain competitive.

While the U.S. Olympic Committee pays medal winners ($37,500 to $15,000), those prizes (which are taxed) in some cases will barely cover the expenses associated with a sport, such as coaching, training, and travel to qualifying competitions. And, of course, the vast majority of athletes will not bring home a medal. So it should come as no surprise that, in the past, many Olympians have turned to crowdfunding to afford to be able to compete.

Fortunately, the U.S. Olympic Committee usually covers travel expenses to the games for athletes, it is not always enough. Since many athletes don’t even know if they’ve made their team until shortly before the games, travel logistics, including financing, need to be worked out without much notice. For breastfeeding athletes and their children, there is the added considerations (and stress) of coordinating childcare, maintaining a feeding schedule around training and competitions, and the expenses associated with all that.

Being a breastfeeding parent at the Olympics can’t be easy, but thanks to Babylist there’s a little less for these competitors to worry about. “Covering the cost for these women in their two very important jobs — being a world class athlete and a mother — is the type of aid Babylist is honored to provide families,” says Grant. “We are so inspired by these women showing the world that becoming a mother doesn’t mean you need to give up on your dreams.”