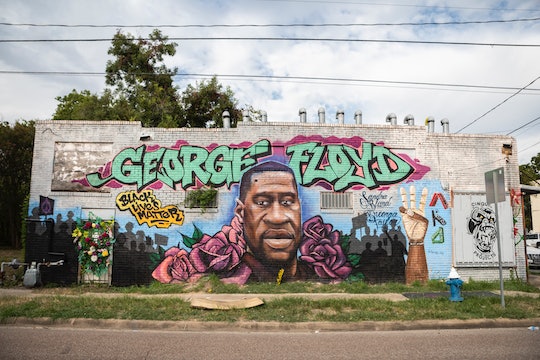 "He knows how it is to lose a family member."

On Monday, the same day the prosecution and defense presented closing arguments in the trial of Derek Chauvin for the death of George Floyd, President Joe Biden called Philonise Floyd, George’s brother. Philonise appeared on the Today show with Floyd family attorney Ben Crump and said that Biden was “just calling” because “he knows how it is to lose a family member, and he knows the process of what we’re going through.”

This is not the first time Biden has been in contact with the Floyd family. Shortly after Floyd was killed in May 2020, Biden addressed the incident directly from his home in Delaware. “Once again, we heard the words 'I can't breathe,’” he said. “An act of brutality so elemental, it did more than deny one more black man in America his civil rights and his human rights. It denied his very humanity. It denied him of his life.”

During his recent call with Philonise this week, Biden said he was “praying” for the Floyd family. “He was just letting us know that he was praying for us, hoping that everything will come out to be OK,” Philonise told Today of their conversation.

Biden has likened Floyd’s death to that of Eric Garner in 2014, who also said “I can’t breathe” before dying during an interaction with police. NPR reports that Biden spoke to members of the family over the phone before meeting with them in a private meeting for more than an hour before Floyd’s burial in June. “He listened, heard their pain, and shared in their woe. That compassion meant the world to this grieving family,” Crump shared in a tweet at the time.

In an Instagram post, Chris Stewart, another Floyd family attorney shared that Biden “expressed his sympathies and promised to push for changes in policing.”

As president, however, Biden has appeared to approach the subject of police reform with some trepidation in his first 100 days. At a recent press conferences, Biden avoided directly answering a question regarding whether the administration will prioritize police reform, focusing his answer instead on gun reform laws. White House officials have expressed the president’s desire to balance “acknowledging an expected outpouring of emotion while still calling for calm” in regard the Chauvin trial’s ultimate verdict, CNN reported.

Across the country, police forces in major cities prepare for potential protests and demonstrations in the wake of the verdict, whatever it may be. The Guardian has reported that many buildings in Minneapolis have been preemptively boarded up and the National Guard stands at the ready. In his Today interview, Philonise Floyd urged nonviolence. “We just want everybody to be peaceful,” he said. “But at the same time, I can’t stop people from doing the things that they are doing because people are in pain, they’re hurt... Duante Wright was just killed 10 miles away from where we were in the court room. We just want everybody to get it together and understand that we can live together in unity.”