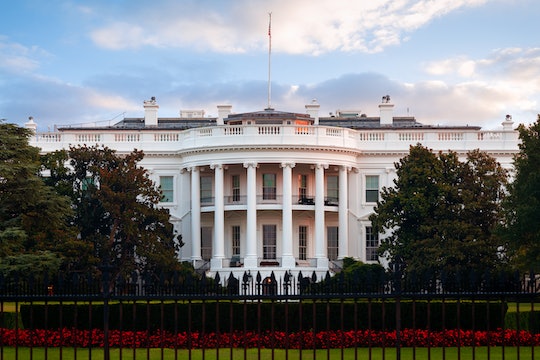 Joe Biden's Senior Communications Team Is Made Up Of Mostly Moms

"These qualified, experienced communicators bring diverse perspectives to their work and a shared commitment to building this country back better."

In an effort to make good on his promise to create an administration reflective of the country's diversity and work for working families, President-elect Joe Biden has named an all-female senior communications team heavy with working moms. Indeed, more than half of the seven roles on Biden's senior White House communications team have been filled by women with children.

More Like This
President Biden Expands Program To Keep Millions Of Kids Fed During Summer Break
The Obamas’ New Family Rule? Get Vaccinated If You Want To Hang Out With Us
Biden Proposes Plan To Give Every Child Free “High-Quality” Preschool
A Private School In Miami Says It Won't Employ Vaccinated Teachers

"This is a team of some of the most talented, battle-tested communicators out there," incoming White House Press Secretary Jen Psaki tweeted of her future colleagues late Sunday, noting the entire team was comprised of women Psaki went on to characterize the Biden-Harris communications team as the "most diverse team in history" and noted it included "6 moms of young kids."

Another former Obama campaign and administration staffer to be named to Biden's White House communications team is Karine Jean-Pierre. She will serve as the principal deputy press secretary. Ashley Etienne, the former communications director and senior advisor to Speaker of the House Nancy Pelosi, will serve as communications director for Vice President-elect Kamala Harris. Joining her will be former 2016 Bernie Sanders campaign staffer Symone Sanders, as the senior advisor and chief spokesperson for the vice president.

In announcing his newly-named senior White House communications team, Biden characterized them as the first to be made up entirely of women. "I am proud to announce today the first senior White House communications team comprised entirely of women," he said in a statement put out by his transition team. "These qualified, experienced communicators bring diverse perspectives to their work and a shared commitment to building this country back better."

Similarly, Harris noted the diverse team — four of the top seven communication roles were filled by women of color — would play integral parts in building trust between the public and a Biden-Harris White House. "Our country is facing unprecedented challenges — from the coronavirus pandemic to the economic crisis, to the climate crisis, and a long-overdue reckoning over racial injustice," Harris said in a statement. "To overcome these challenges, we need to communicate clearly, honestly, and transparently with the American people, and this experienced, talented, and barrier-shattering team will help us do that. These communications professionals express our commitment to building a White House that reflects the very best of our nation."

While Biden faces a hefty amount of work when he steps into office next year, he's lined up an experienced and diverse team of professionals to help him tackle things head-on starting on day one. Of course, it helps that he's putting moms on his staff since moms know how to get things done.