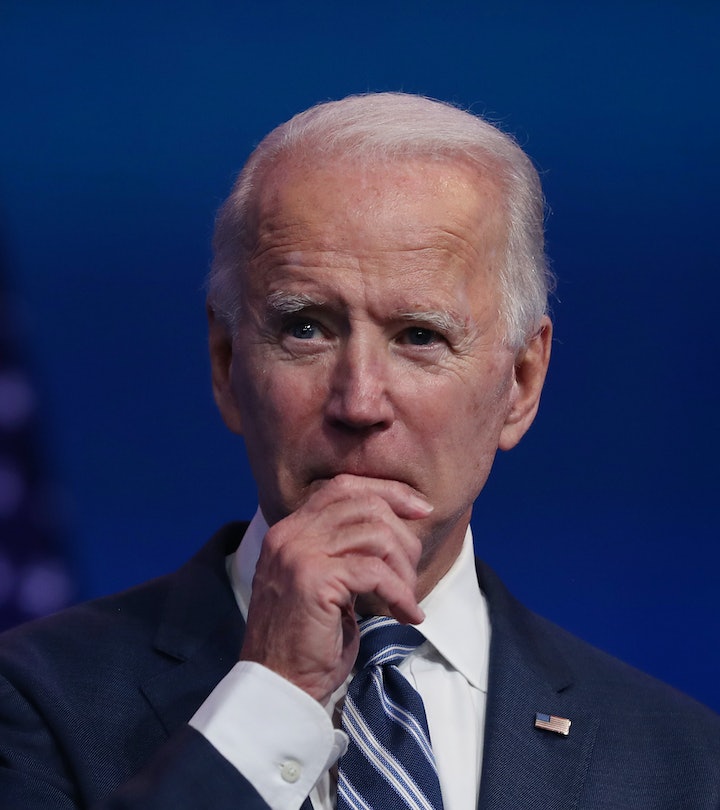 Securing the benefit would be a huge win for working parents — moms especially.

For working parents, the ongoing coronavirus pandemic has presented a unique set of challenges. As schools work with virtual learning models, many working parents have been forced to choose between shouldering the responsibilities of their own jobs along with housework, child care, and overseeing remote learning. Or leave the workforce either partially or altogether. But President-elect Joe Biden's sick leave plan could help working moms stay in the workforce without having to sacrifice the time and care they give their children.

As Biden and Vice President-elect Kamala Harris look toward the roles they'll step into come January, they've begun to detail the four areas of policy their administration plans to prioritize. Along with the COVID-19 pandemic, racial equality, and climate change, Biden's transition team has said the president-elect plans to focus on driving an economic recovery.

"The Biden economic recovery plan for working families will build our economy back better," the Biden-Harris transition team noted when detailing the president-elect's plan for economic recovery on its website. "Building back better means an updated social contract that treats American workers and working families as essential at all times, not just times of crisis — with higher wages, stronger benefits, and fair and safe workplaces."

According to the National Conference of State Legislatures, only 13 states and Washington, D.C. have laws mandating employers provide workers with paid sick leave. So although nearly every worker will, at some point, need time off work due to personal illness or to care for a sick family member, working parents in a whopping 37 states have not traditionally been guaranteed paid sick leave. Instead, they've had to choose between showing up to work sick, sending a child to school ill, or forgoing wages necessary for paying rent or putting food on the table.

While Congress passed the Families First Coronavirus Response Act shortly after the coronavirus pandemic began, requiring certain employers to provide paid sick leave, this benefit expires at the end of the year. When it does, thousands of working parents could find themselves forced to make difficult decisions — decisions tens of thousands of working moms have already had to make.

Erika L. Moritsugu, Vice President for Congressional Relations/Economic Justice at the National Partnership for Women & Families, tells Romper via email the "COVID-19 pandemic has demonstrated just how inequitable our society is, especially for women in the workforce."

"For the first time in 40 years, the percentage of women in the workforce has dropped below 50% which can be largely credited to the lack of caregiving and workplace policies that allow mothers to balance work and family. Black women and Latinas are hit hardest by joblessness, with close to 1 in 7 Black women and Latinas — or more — being unemployed," Moritsugu says.

According to the National Women's Law Center, a total of 865,000 women left the U.S. workforce in September alone — a number four times higher than the 216,000 men reported to have left the workforce that same month. What's more, many of the women who remain are struggling. In a Women in the Workplace study conducted by McKinsey & co, 1 in 4 women reported they were considering leaving the workforce or downshifting their careers.

Proponents of paid leave policies have applauded Biden's commitment to the benefit. "We're excited to see President-elect Joe Biden commit to signing legislation for universal paid sick days and 12 weeks of #paidleave as part of his economic recovery plan," Paid Leave for the United States (PL+US) said in a recently released statement.

In signing legislation for universal paid sick days, president-elect Biden would effectively give workers across the United States the peace of mind of knowing they no longer had to choose between their wages and their health. The benefit could prove especially vital to working moms, many of whom have left the workforce as a result of the ongoing pandemic.

"Flexible workplace policies, including paid family and medical leave and paid sick days, allow workings moms to take care of themselves and their family members without leaving the workforce," Moritsugu tells Romper. "Leaders must prioritize advancing policy solutions that ease the burden that families are facing as a result of this pandemic — including enacting a national paid sick days and paid family and medical sick leave program."