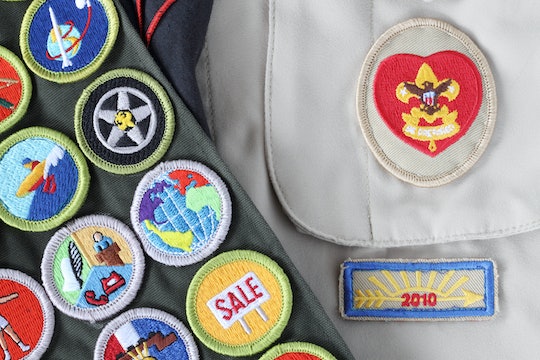 More Than 92,000 Claims Of Sexual Abuse Have Been Filed Against The Boy Scouts

Boy Scouts of America said in a statement they were "devastated by the number of lives impacted by past abuse in scouting and moved by the bravery of those who have come forward."

Nearly 93,000 former scouts ranging in age from 8 years old to 93 years old have filed claims of sexual abuse against the Boy Scouts of America ahead of a court deadline established earlier this year after the youth organization filed bankruptcy. Lawyers representing some of the claimants told CNN their initial estimate of roughly 82,000 claims had easily been surpassed with 92,700 claims filed by the court's Monday night deadline.

“I knew there were a lot of cases,” Paul Mones, a sexual abuse attorney who has spent roughly 20 years working on cases regarding the Boy Scouts, told The New York Times. “I never contemplated it would be a number close to this.”

The recent tidal wave of cases against the Boy Scouts comes in response to the 110-year-old organization's attempt to file Chapter 11 bankruptcy in February after it was hit with what was then just hundreds of abuse lawsuits alleging exposure to pornography, repeated unwanted fondling, and forced sexual acts. In an effort to finalize a settlement plan and compensation fund, the bankruptcy court overseeing the scouting organization's filing established what's known as a bars claim limit deadline for sexual abuse lawsuits. Per the court, claims of sexual abuse cannot be filed against the Boy Scouts of America beyond Nov. 16.

According to the Associated Press, many of the abuse claims filed against the Boy Scouts date from the '60s, '70s, and '80s, a time before the organization imposed criminal background checks, provided abuse prevention training, or made it mandatory that two or more adult scout leaders be present during all scouting activities. But, according to The New York Times, at least some cases have been filed on behalf of children as young as 8 years old.

In a statement to Romper, Boy Scouts of America said they were "devastated by the number of lives impacted by past abuse in scouting and moved by the bravery of those who have come forward."

"We are heartbroken that we cannot undo their pain," the organization said. "We intentionally developed an open, accessible process to reach survivors and help them take an essential step toward receiving compensation. The response we have seen from survivors has been gut-wrenching. We are deeply sorry."

According to the scouting organization, third-party advisors will now review all of the sexual abuse claims filed to ensure their validity while Boy Scouts of America figures out how to fund the settlement Trust. "We are committed to working as expeditiously as possible to provide survivors of abuse with equitable compensation," the statement added.

This isn't the first time allegations of sexual abuse have plagued the Boy Scouts. A lawsuit filed against the organization in 2010 resulted in the public release of tens of thousands of documents that highlighted how the Boy Scouts had tracked known and suspected abusers within the organization but ultimately failed to report them to authorities. What's more, the organization acknowledged having a "red-flag list" of scout leaders who'd been removed from the organization and deemed "moral degenerates" in an article from the Times dated from 1935.

While lawyers representing the tens of thousands of claimants are hopeful the Boy Scouts will stay true to their word to do right by the abuse survivors who've come forward, one claimant poignantly told CNN there was no such thing as a winner in a sexual abuse case. "There's no winning a child sexual assault case," he told the news outlet. "You don't ever really recover from this."

More Like This
New Study Finds Brains Of Teens Who Lived Through The Pandemic Aged Faster
How Old Should Kids Be Before They Watch The 'Christmas Story' Sequel?
Rubble From 'PAW Patrol' Is Getting His Own Spinoff Series Full Of "Messy Demolition"
The 35 Top Toys For 3-Year-Olds