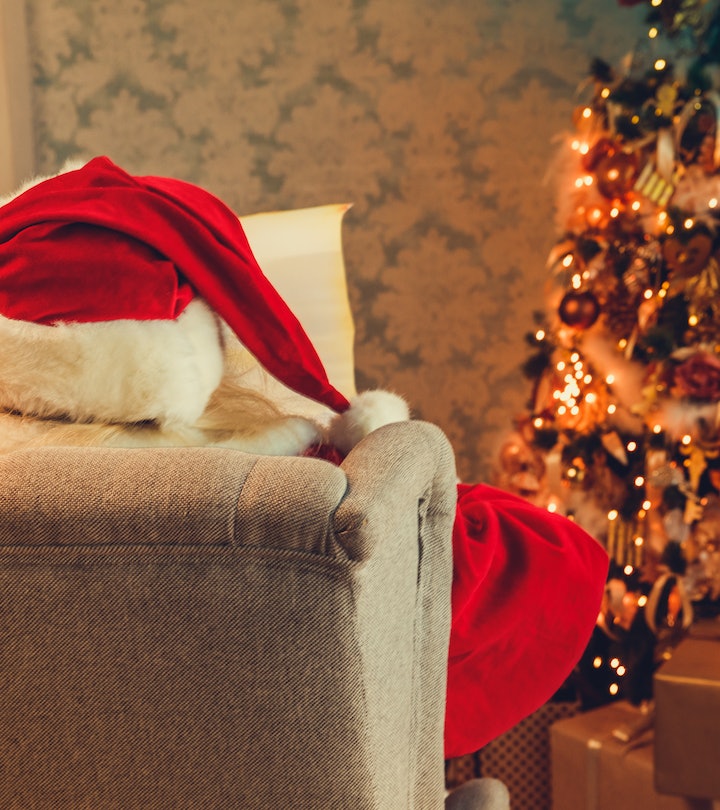 In A Letter To Santa, A Young Boy Asked If God "Loves Me For Being Gay?"

The heartbreaking question shines a light on the challenges LGBTQ+ children face.

Every year hundreds of thousands of children send letters to Santa through the United States Postal Service's (USPS) Operation Santa, a program that seeks to put those letters in the hands of organizations and individuals who can respond and send a thoughtful gift on Santa's behalf. And each year, the USPS shares some of the letters it has received in an effort to promote the program and inspire folks to adopt letters. This year, one letter in particular has people in tears as it shines a light on the challenges many LGBTQ+ kids face. In it, a young gay boy asked Santa if God loved him.

On its Operation Santa website, the USPS has shared a letter from a child identified only as "Will." In a child-like handwriting that leans and tilts across the page, it reads:

"Dear Santa, Do you support the LGBTQ community and if you can speak to god can you tell Him I love him, and if He loves me for being gay. Thank you. Love, Will."

As Operation Santa does not traditionally publicly share personal information about the children who send letters to Santa through the program, the USPS has not provided any additional information about Will or his letter, such as which state it was mailed from. So although Will's letter doesn't tell us much in the way of facts or personal details, it speaks volumes in regards to the struggle so many LGBTQ+ children go through every day. Because while many children turn to Santa with requests for toys and games, Will wanted only to know if he was loved by God.

Unfortunately, Will's desire for love and acceptance is something many LGBTQ+ youth have experienced. In 2018, a Human Rights Campaign survey of more than 12,000 LGBTQ+ youth aged 13 to 17 found only 24% of respondents felt they could "definitely" be themselves as an LGBTQ+ person at home. What's more, 67% of all respondents said they heard their families make negative comments about LGBTQ+ people and 48% of respondents who were already out to their parents said their families made them feel bad about being LGBTQ+.

But the rejection and negative comments LGBTQ+ youth experience from their families, peers, and greater communities often have a serious impact on them. "Today’s LGBTQ youth face a variety of stressors — harassment, family and peer rejection, bullying from their peers, isolation, and a lack of a sense of belonging — that have a major impact on their overall well-being," the Human Rights Campaign report read. "Studies have shown that, compared to their non-LGBTQ peers, LGBTQ youth report much higher rates of depression, anxiety, alcohol and drug use, and lower self-esteem."

Across Twitter, users reacted to Will's letter and the greater issue it brought to light with heartbreak. "This letter to Santa broke my heart," one user wrote when sharing Will's letter.

"This hurts my heart so much," another user commented. "I hope will and all the other little lgbtq+ babies know (and get told) they’re so, so loved. For those who believe in Christianity, yes, God loves you. Don’t believe those who say he doesn’t."

If Will, or religious LGBTQ+ children like him, are still waiting on an answer, Pope Francis told a group of Italian parents with LGBTQ+ children earlier this year that God loved their children exactly as they were. "God loves your children as they are," America Magazine reported the pope told members of the group Tenda di Gionata, which translates to Jonathan's Tent. "The church does not exclude them because she loves them deeply. The church loves your children as they are because they are children of God."