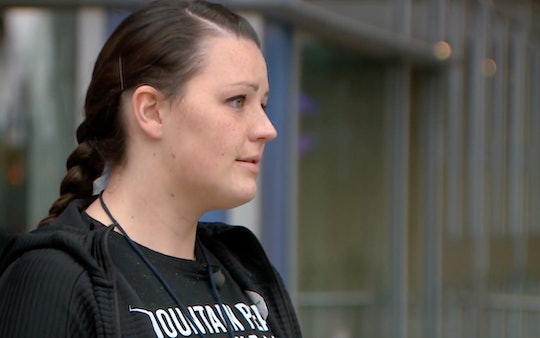 She says it was discrimination. Tournament organizers say it was a COVID-19 rule.

Organizers behind a major volleyball tournament in Colorado have come under fire after a coach was barred from entering because she had her 4-month-old baby, whom she needed to breastfeed, with her. Colorado Crossroads Tournament officials have said rules prohibiting babies were merely a COVID-19 safety precaution. But the barred coach has argued the rule amounts to discrimination against nursing mothers and sends a bad message to the young women participating in the tournament.

“I feel like the message they’re sending to these girls is you can’t be a mom and coach,” Dixie Loveless, Mountain Peak Volleyball Club owner and coach of the club’s 14 National team, told ABC 7 Denver. “I have to choose volleyball or my family.”

According to 9 News, Loveless and her team traveled more than 500 miles from Logan, Utah, to attend the two-week-long Colorado Crossroads Tournament, a USA Volleyball junior national qualifier event, in Denver. But when Loveless, who was traveling with her still breastfeeding 4-month-old baby, went to check in to the tournament at the Colorado Convention Center, she was told she and the baby weren’t welcome.

“They said I was not allowed in and I couldn’t pass that point, with my baby, and said if I tried to they would call the police to come and escort me out,” Loveless told 9 News. “Now we are being discriminated against that we don’t get to do something everyone else can do just because we are nursing a baby.”

Instead, Loveless stood outside the convention center with her 4-month-old daughter McKinley and watched her team compete via a live stream on her phone.

Rules outlined on the tournament’s website state “all guests must be 16 or older” and that each team will receive one guest entry pass for each player on its roster, with a maximum of 12 guest entry passes available to each team. Tournament director Kay Rogness told ABC 7 the rules applied to all potential spectators, even infants.

Loveless reportedly wasn’t the only nursing mother barred from the Colorado Crossroads Tournament. Tarah Olmstead, co-owner of Juggernaut Volleyball in Wheat Ridge, Colorado, told KDVR security asked her to leave the tournament immediately after she’d initially been let in with her twin infants.

Nikita Eby, another head coach, told News 9 that she and her 2-month-old daughter were also booted from the tournament despite being previously told there would be no issue with her bringing her baby along. "There was no human decency and it just, it made me feel like a criminal because I was just trying to be a mother," Eby said.

“USA Volleyball has expressed its disagreement with this decision to the tournament director and is encouraging the tournament to reverse the regulation,” the statement continued.