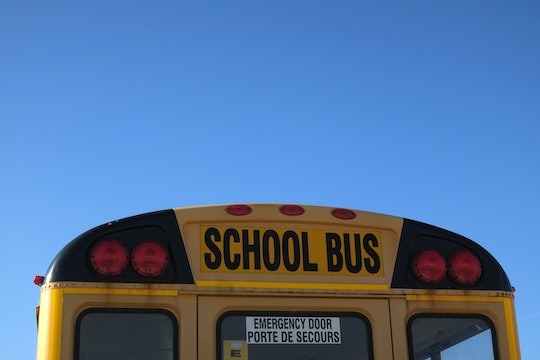 School districts across the country are offering to pay parents to drive their own kids to school amid a nationwide shortage of school bus drivers.

A nationwide school bus driver shortage has left districts across the country grappling with how to get students to and from school in a timely manner. In an effort to ensure no child is left stranded at their local bus stop, some schools are attempting to entice parents into driving their children to school, thereby stepping into the role of school bus driver. Schools in New Jersey, Delaware, Pennsylvania, and Illinois, for example, are offering parents cold hard cash if they’ll drive their children to school.

A national school bus shortage, driven largely by the ongoing Covid-19 pandemic, has left both educators and parents stressed and frustrated. While many districts have often struggled to fully staff their fleet of school bus drivers in normal years, concerns about Covid-19 transmission or vaccine requirements have reportedly made it even harder to find bus drivers for the 2021-2022 school year, according to CBS News.

“This has always been an issue,” Rudolph Saunders, the director of public transportation at Prince George's County Public Schools in Maryland told CBS News. “The difference is right now, the numbers are probably double what they normally would be at this time of year or more in terms of our need.”

As a result, more schools are looking to lean on parents for help in shuttling students to and from school. In New Jersey, Camden City School District has offered to pay parents $1,000 for driving their child to school throughout the academic year. To qualify parents must have current vehicle registration, an insurance plan that includes $15,000 liability coverage, and, of course, a child eligible for transportation services.

In Illinois, Chicago Public Schools has also offered to pay parents who agree to bring their children to school themselves until the district can sort out its lack of bus drivers. According to the Chicago Sun-Times, the district will provide families with a travel reimbursement in the form of either $1,000 upfront or $500 monthly. In Pennsylvania, the School District of Philadelphia bumped its cash incentive for parents who forgo school-provided transportation from $150 a month to $300 a month, meaning parents could receive a total of $3,000 for driving their child to school, Fox 29 has reported. Eastside Charter School in Delaware has also said it would pay parents $700 per child if they commit to regularly dropping off and picking up their children from school for the entire year.

“Delaware is currently facing a bus driver shortage,” the school said in a notice to parents. “We believe that empowering parents is the best solution.”

While it’s too early to tell if cash incentives and travel reimbursement plans will be enough to spur parents, many of whom may work full-time, to fill the gap left by the nationwide school bus driver shortage, it’s clear many school districts are desperate to find a solution. A survey conducted by HopSkipDrive, a service that tracks school bus issues, in March found that nearly 80% of school districts were having issues finding an adequate number of bus drivers.