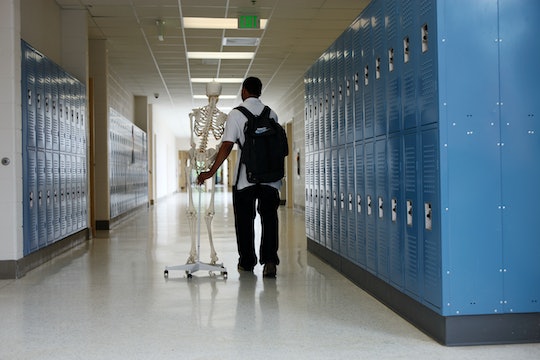 If you listen closely in mid-August, when the 2022-2023 school year starts in California, you might just hear it: the sound of teenagers across the state hitting snooze in unison. That’s because on July 1, a new law went into effect that pushes middle and high school start times throughout the state. Legislators hope this change will improve academic and health outcomes for the state’s teens.

“I’m over the moon that California has recognized the importance of science and will now put our children’s health and welfare at the forefront of the decision-making process,” said California state Sen. Anthony Portantino, who introduced the bill, upon the its passage. “Generations of children will benefit from starting later in the morning as we know that test scores, attendance and graduation rates all improve after shifting to a later start time. As a parent, I am also pleased that depression, sports injuries, suicidal thoughts and car accidents all decline as well. This is truly a special day for kids.”

The American Academy of Pediatrics (AAP) has recommended schools start no earlier than 8:30 a.m. since 2014, noting earlier start times as “a key modifiable contributor to insufficient sleep, as well as circadian rhythm disruption” in middle and high school students, which the AAP found to be endemic. A 2019 poll from the AAP found that 52% of children between the ages of 6 and 17 were getting less than the recommended nine hours of sleep per night. Teens in particular are prone to disordered sleep as a result of earlier school start times, owing to physiological changes that make it more difficult for teens to fall asleep. Add to this phenomenon the increased academic, social, and extracurricular demands of middle and high school, plus the negative effects of blue light from screen usage, plus early start times and the effects are real and serious.

Insufficient sleep in adolescents has been tied to decreased academic performance and increased rates of truancy, which one would probably expect as logical outcomes of not getting enough sleep. After all, how well can one be paying attention in first period when you’re exhausted? But poor teen sleep patterns have been tied to a slew of negative physical and mental health outcomes, from depression and anxiety to metabolic dysfunction and even increased rates of motor vehicle crashes. (Indeed, one study published in Science Daily found that later school start times saw a marked decrease in teen car accidents over a two year period.)

Data collected by the Centers of Disease Control and Prevention (CDC) and the U.S. Department of Education shows that 42 states reported that 75-100% of the public schools in their respective states started before 8:30 a.m. with an average start time of 8:03 a.m. California is the first state to codify a later start time, but it may be the first of many. New Jersey and New York have also proposed similar legislation.