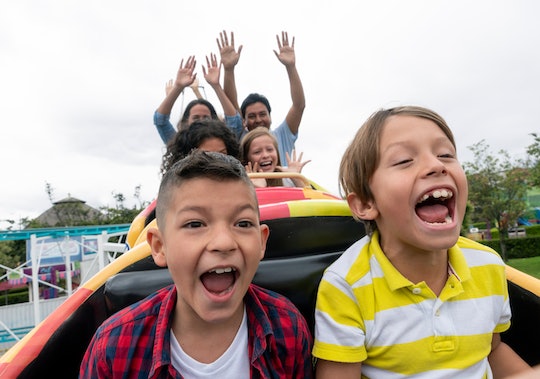 Is a rollercoaster still fun if you have to ride in silence?

Thrill-seekers hoping to get their adrenaline pumping on X2 at Six Flags Magic Mountain may soon find they have to keep their excitement to themselves due to new recommendations aimed at limiting the spread of COVID-19. A California theme park group recommends no screaming on rollercoasters in recently released reopening guidelines.

The California Attractions and Parks Association’s Responsible Reopening Plan includes criteria that theme parks “limit activities that are known to cause increased spread” when reopening. It cites singing, shouting, heavy breathing, and loud environments that could cause visitors to raise their voices as potential examples.

It’s true that research published last June has shown that activities like shouting and loud singing, which result in more respiratory droplets being expelled in a more forceful manner than occurs during regular talking or breathing, can increase the spread of COVID-19. In fact, researchers found droplets emitted while shouting or singing could fall beyond the recommended 6-feet of social distancing.

As a result, some theme parks have already begun asking guests to keep quiet while on rides. In July, NPR reported the Fuji-Q Highland amusement park outside Tokyo, Japan, began asking rollercoaster riders to “please scream inside your heart” as opposed to out loud. To prove to guests that rollercoasters can be just as thrilling when ridden in silence, the theme park produced a promotional video in which two people ride one of the park’s main attractions without letting slip a single scream.

While guidelines from The California Attractions and Parks Association don’t explicitly tell theme parks to ban riders from shouting, the group does appear to acknowledge that the screams many rides induce can contribute to a higher risk of virus transmission. However, the group has said it hopes the fact that riders usually all face the same direction when on a ride, along with rules requiring face coverings and modifications to how park guests are loaded on rides, might help in mitigating the risk of transmission on rides.

Theme parks across California, including Disneyland, Six Flags, Universal Studios and more, have been shuttered since March 2020. Reopening framework released earlier this month by California Gov. Gavin Newsom, however, will allow theme parks located in red and orange tier counties to reopen in April at 15% and 25% capacity, respectively. Disney CEO Bob Chapek has already announced Disneyland will reopen its gates to guests on April 30, CNBC reported.

But the question is, will the Magic Kingdom be a scream-free zone?