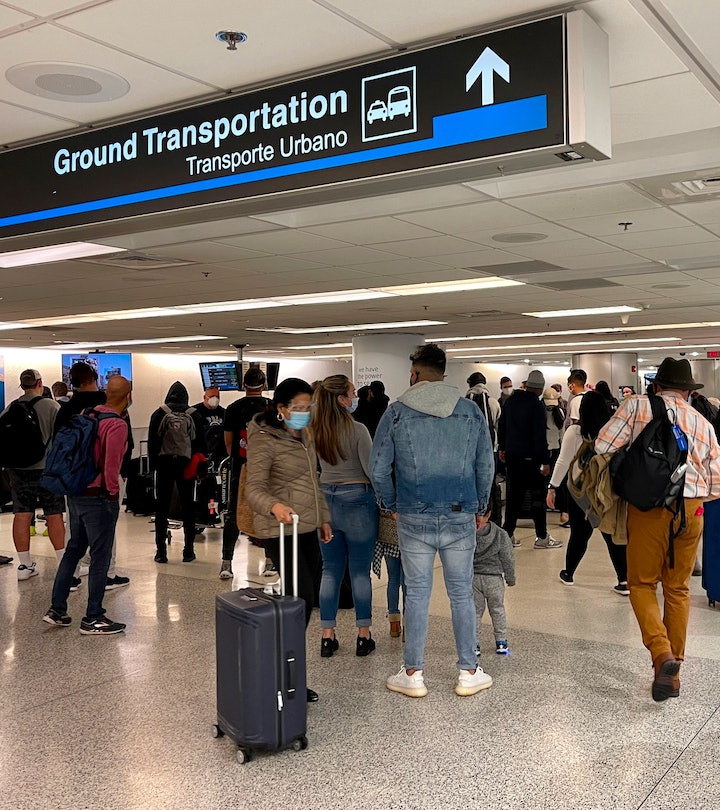 Millions are still planning to hit the road.

It was the night before Christmas Eve when the U.S. Centers for Disease Control and Prevention (CDC) tweeted a last-minute COVID-19 travel warning in hopes that Americans soon would stay home. However, despite public health experts' repeated warnings, millions of Americans have already hit the road this holiday season.

"Stay home to best protect yourself and others from #COVID19 this holiday season," the CDC wrote in a tweet published Wednesday.

It was a message the CDC has been repeating for weeks. In fact, additional guidance regarding Winter Holidays shared by the agency earlier this month made it clear that "the safest way to celebrate winter holidays is at home with the people who live with you."

"Travel and gatherings with family and friends who do not live with you can increase your chances of getting or spreading COVID-19 or the flu," the CDC continued.

To date, 18.6 million people have been diagnoses with COVID-19 in the United States, according to a New York Times database. While states reported a total of 227,750 new cases on Dec. 23, the last week has seen an average of 213,505 new cases per day, representing a 2% increase from the average number of cases reported two weeks prior, the paper reported. Deaths have also been on the rise, with a total of 327,993 people having died from COVID in the United States.

But neither rising case numbers nor warnings from public health experts appear to have curbed Americans' holiday travel plans. The Transportation Security Administration (TSA) told the Associated Press that more than 5 million people had passed through U.S. airport security checkpoints between Friday of last week and Tuesday of this week. In fact, according to The Washington Post, airline passengers traveling the weekend before Christmas surpassed Thanksgiving travelers and set a new record for the highest number of weekend travelers seen during the pandemic.

Additionally, AAA told the Associated Press they expected 85 million people would travel between Wednesday and Jan. 3, with many of them opting to drive rather than fly. While both TSA and AAA's numbers represent a drop in travelers compared to last year, they're both still large numbers for a pandemic.

On Wednesday, the CDC sought to encourage Americans to steer clear from gatherings and celebrations that involved multiple households by tweeting a few recommendations for ways to mark the holidays at home and virtually. "Host a virtual holiday meal with friends and family," the agency wrote. "Gather for a virtual gift exchange, decorate your home, or make festive crafts."