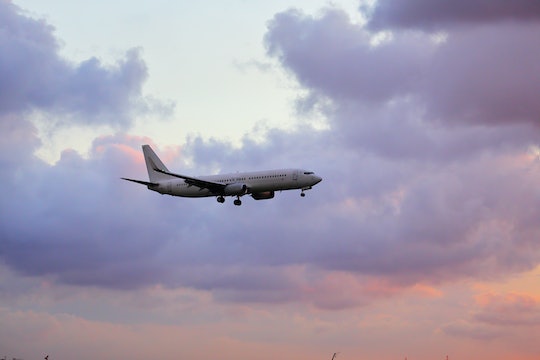 The Chicago-area father alleged children cannot be ordered into quarantine without consent.

A Chicago-area dad has sued his children’s school district after his kids were removed from class and ordered to quarantine at home following an international family vacation. Lucas Fuksa has filed a lawsuit against Park Ridge-Niles School District 64 in Park Ridge, a suburb just outside of Chicago. In it, he alleged the district can’t legally require students to quarantine as a Covid-19 safety measure.

According to the Daily Herald, Fuska and his family traveled overseas to Italy from Sept. 12 to 19. Upon the family’s return, Fuska’s three children immediately returned to school on Sept. 20. But Fuska’s suit alleged school officials removed his children from their classrooms and demanded either he or his wife Daniela pick them up and have them quarantine at home. When the Fuskas refused, the suit alleged Park Ridge-Niles School District 64 Superintendent Eric Olson told them police would be called to escort their children home if an authorized adult did not pick them up.

The school district’s Covid-19 guidelines for parents note its adheres to travel guidelines laid out by Cook County Public Health and the U.S. Centers for Disease Control and Prevention (CDC) — both of which require unvaccinated international travelers to take a viral Covid-19 test three to five days after traveling and to stay home and self-quarantine for a full seven days following their trip. The Fuska children are reported to be too young to be vaccinated, according to the Journal-Topics.

But Fukas has claimed the school has no legal authority to force children to quarantine. Instead, he has alleged that under the Illinois Department of Public Health Act, no one can be ordered to quarantine except in cases where the individual has consented to the quarantine or a court order is obtained or the local health department believes immediate action is necessary to protect the public. “Any order of quarantine, absent consent of the parents, would only be lawful by proving to this court by clear and convincing evidence that the children have been exposed or may have been exposed to a contagious disease,” the Pantagraph reported the lawsuit read.

Additionally, Fukas has alleged in his suit that a school nurse told his family quarantine after travel was recommended but not required. In a school board meeting held Sept. 23, Olson said quarantine was mandatory after international travel but only recommended following domestic travel, the Pantagraph reported.

According to the Journal-Topics, Fukas notified the school board of his lawsuit during their Sept. 23rd meeting and vowed he would see the suit through because “people go out of their minds, absolutely out of their minds with what is required and what is not required.”

"I think you guys are doing a very terrible job as a school board to not distinguish what is right or wrong and what procedures to follow," the Pantagraph reported Fuksa told the board.

However, Fukas isn’t the first parent to sue a school over its Covid-19 policies. In Indiana, several parents have sued Northwest Allen County Schools over the district’s mask mandate and quarantine policies. In Texas, parents within the Austin Independent School District have filed a lawsuit that alleged the district's mask and quarantine policies are violations of the state’s constitution. Parents in Tennessee have sued the Williamson County School Board after it voted to extend a mask mandate policy through to next year. Lawsuits regarding Covid-19 policies have also been filed by parents against at least four other school districts within Illinois, including Carlyle School District 1, North Mack School District, School District 172, and Hillsboro Community School District 3.

Fukas, an attorney who the Pantagraph reported ran for Park Ridge mayor in 2017, has asked a local county court to issue an injunction against the school district, effectively preventing them from requiring their children to quarantine.