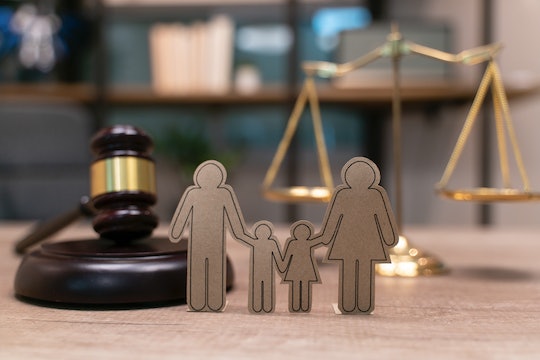 A Cook County judge recently reversed his original decision to bar a Chicago-area mom from seeing her 11-year-old son until she obtained a Covid-19 vaccine.

Rebecca Firlit was expecting to talk about child support when she attended a virtual custody hearing with her ex-husband earlier this month. And she certainly wasn’t expecting to lose all of her visitation rights over a vaccine. Unfortunately, the Chicago-area mom was stripped of her custody rights after the judge overseeing the case discovered she had not received a Covid-19 vaccine. However, following an appeal, Cook County Judge James Shapiro agreed to reverse his original decision to bar Firlit from seeing her 11-year-old son until she was vaccinated.

“One of the first things he asked me when I got on the Zoom call was whether or not I was vaccinated,” Firlit told the Chicago Sun-Times of the Aug. 10 hearing. “I was confused because [the hearing] was just supposed to be about expenses and child support. I asked him what it had to do with the hearing, and he said, ‘I am the judge, and I make the decisions for your case.’”

Firlit said she told the judge she was not vaccinated against Covid-19 on the recommendation of her doctor. “I’ve had adverse reactions to vaccines in the past and was advised not to get vaccinated by my doctor,” the paper reported she said. “It poses a risk.”

That’s when Shapiro abruptly ruled Firlit would be stripped of all custody and parenting time with her son until she is vaccinated despite neither parent bringing the matter up. But while Firlit’s ex-husband, who is vaccinated, had not raised concerns about her vaccination status to the court, his attorney told Fox 32 Chicago he ultimately supported the ruling. “There are children who have died because of Covid,” attorney Jeffrey Leving said. “I think every child should be safe. And I agree that the mother should be vaccinated.”

After two weeks of Firlit only being able to communicate with her son through phone and video calls, Shaprio agreed to reverse his initial order on Monday, according to an update from Firlit’s attorney. “Judge Shapiro just issued an order vacating portions of his prior order,” attorney Annette Fernholz told Fox 32. “So Rebecca Firlit can see her son again.”

While Firlit’s case is believed to have been the first time a parent’s custody was impacted as a result of their vaccination status, it’s not the first time a judge has either ordered someone to get vaccinated or attempted to use Covid-19 vaccines as an incentive. In May, WSB-TV reported judges in Georgia began offering reduced sentences to offenders in exchange for getting vaccinated. Earlier this month, The New York Times reported two judges in Ohio had made receiving a Covid-19 vaccine a condition of probation. In New York, two judges slipped orders to get vaccinated against coronavirus into plea deals and bail agreements, the Times reported last week.

But Firlit has argued separating parents from their children due to vaccination status would ultimately do more harm than good. “I think that it’s dividing families,” she told Fox 32. “And I think it’s not in my son’s best interest to be away from his mother.”