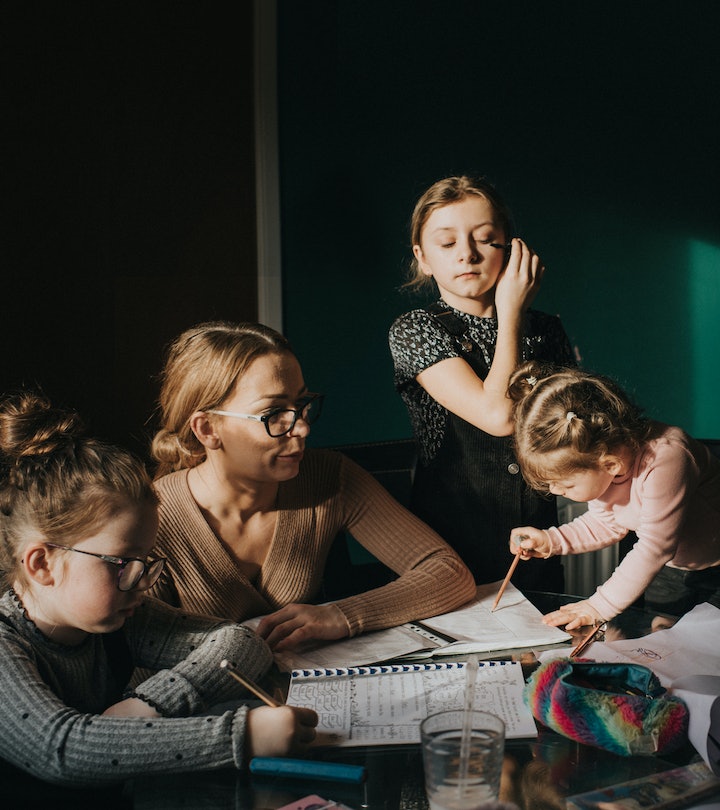 Families will get their last Child Tax Credit payment later this month. We should have made them permanent.

The air sirens have been blaring for some time now. The moms are not OK. The parents are not OK. The caregivers are not OK. And it turns out, neither are the kids. The CDC has just released a report with research conducted during 2021 that found 4 in 10 teens feel “persistently sad or hopeless.” Twenty percent report contemplating suicide.

Unfortunately a “return to normalcy” like in-person school and a strong job market isn’t likely to fix our mental health woes, because it wasn’t that great before the pandemic. The U.S. Surgeon General points out that in the decade before Covid, mental health and behavior diagnoses, depression, and suicide were all steadily on the rise for young people, and before the pandemic, according to the NIH, 1 in 5 adults in the United States experienced a mental illness. Kids don’t exist in a vacuum, and the stability and health of their families are deeply intertwined with their well-being. In the recent CDC report, 30% of teens reported a parent or caregiver had lost work, and a quarter struggled with not having enough to eat.

Wouldn’t it be a dream to come up with a fast-acting, wide-ranging program that would immediately reduce parental stress levels and improve overall family well-being?

A cross-generational mental health crisis on its face feels too intractable to solve. In a country without universal health care and with sky-high health costs, quality mental health care is out of reach for many. Even for those who can afford it, it’s not easy to get: According to the Kaiser Family Foundation, more than 119 million Americans live in mental health shortage areas; only 28.1% of the need is regularly met.

Wouldn’t it be a dream to come up with a fast-acting, wide-ranging program that would immediately reduce parental stress levels, address some acute, situational mental health issues, and improve overall family well-being? Something that could help address some of the underlying causes of kids’ mental health problems? How amazing would it be if it could reach nearly 61 million kids with minimal bureaucratic expense? And what if we could see dramatically positive results only a month or two into the program?

This is no dream. This is the impact of the wildly successful Child Tax Credit program. The program, which expired without congressional renewal, is about to make its final, bittersweet payment with a lump sum to families this April at tax time.

For six fleeting months, American families experienced a host of benefits from monthly payments. Unlike many social safety net programs, no one had to apply — anyone who filed taxes electronically got payments automatically placed in their bank accounts; the rest got a check in the mail. A wide range of people were covered: A majority of families got monthly payments of $250-$300 per child, while upper-middle-class earners and above got reduced payments. The Niskanen Center, a think tank, predicted that the full CTC program will boost consumer spending by $27 billion during an economically volatile time, and experts estimate that 3.7 million children were lifted out of poverty during the CTC’s six months of payments.

An under-explored benefit of the program was an immediate improvement in mental well-being, most especially for families experiencing financial precarity. The advocacy organization Parents Together Action found that 77% of the parents they surveyed said the monthly CTC made them less anxious about their finances, and 90% said the payments were “helpful” or made a “huge difference” for their family.

As part of research I did with the Better Life Lab at New America, I heard from Christina Darling, a single mom of two in New Hampshire. Despite working full time, she has sought out forms of public assistance over the years, including housing subsidies and food stamps. This experience took a heavy toll. “This particular level of living near the poverty line is almost trauma-inducing because you spend all of this time constantly trying to think and plan for every possible scenario,” she said. “If, God forbid, the one thing you did not plan for is what happens — it’s a giant juggling circus and if you drop one ball, they all come down quick.”

Before the CTC, unexpected costs would send her spiraling. Last winter her son with ADHD lost his winter jacket and she struggled to afford a replacement. The $550 per month she received provided a buffer for things like this and helped her purchase a more reliable and fuel-efficient car so she could save money on gas and not fear that every day her car wouldn’t start, a constant source of stress. She even occasionally treated herself to a massage or hired a babysitter so she could attend cultural events in her city — a meaningful improvement in her quality of life and mental well-being. “I don’t know how I made it the number of years I did without self-care, as a parent and as a human being,” she said.

When I caught up with Darling in January after the monthly payments had stopped, the stress had returned. “I’m trying really hard not to let [my kids] see how terrified I am constantly of finances,” she said.

Darling was not the only mom I heard from who described her experience of trying to make ends meet as traumatic. Nydia Rivera, a mom to two and an administrative assistant in Minnesota, has spent a significant portion of her life juggling bills and dealing with financial unpredictability. Her job is stable, but her husband works in construction, which is seasonal, meaning he earns a good living during the summer, but in the winter he often gets laid off and collects unemployment. Instead of playing a constant game of which bill to pay so their accounts aren’t overdrawn, during the CTC months, Rivera experienced the security of paying her family’s bills on time.

“Right now I’m feeling good, but I think maybe I’m just traumatized,” Rivera said while receiving the CTC. “And I’m just paranoid all the time that it’s going to go back to that — not having enough.”

The mental health toll of this financial precarity is very real, says Dr. Darby Saxbe, an associate professor of psychology at the University of Southern California and the director of the USC Center for the Changing Family. “One thing we know from stress research is that the kinds of situations that stimulate the biological stress response are situations that are unstable, unpredictable, and uncontrollable. Poverty is sort of like a perfect storm of all of those situations at once. The brain and body’s response is to be hypervigilant. If you don’t have that sort of buffer of extra dollars in your savings account in case something breaks or a child care situation pops up, those experiences create repeated hits to the stress response system and cause us to need to work harder to regulate back to baseline.”

The genius of the CTC payments was the way they were deposited regularly into your bank account without any paperwork or bureaucratic processing. “I think small to medium regular payments on a predictable schedule is more impactful than a lump sum,” Saxbe says. “Having money arrive in your account on a regular basis allows you to kind of plan and cover unanticipated expenses.” Knowing you have that stability can immediately reduce anxiety.

After so much upheaval, bringing back the CTC as a reliable buffer against the unexpected could continue to have positive mental health benefits for families across the income spectrum. The ability to spend the CTC on anything allows for the flexibility to support overall family well-being. “The level of stress on parents has just been unsustainable and unyielding. I say this as a parent of two school-aged kids,” Saxbe says. “We’re still playing with this jigsaw puzzle of like, how do we make our lives work when child care has been so unpredictable and it’s like everything ... was already pushed to the breaking point about being a working parent in a society without a lot of support and safety nets? We were already almost broken and now we’ve just shattered.”

In addition to paying off student, credit card, and medical debt, I heard from people who used their CTC toward higher-quality child care that made them feel more secure, investing in 529s to better plan for educational costs down the road, therapy costs for themselves and their kids, karate lessons, and special family trips. My family paid for swim lessons for my toddlers, which will transform summer trips to the community pool from something I dread into an activity we all look forward to. Let’s be clear — bringing back the CTC will not address all mental health problems or directly provide the fortitude we all need to continue to survive in the second decade of the 21st century as we face political instability, war, climate disasters, and mass shootings. But it can create a buffer and help eliminate some economic anxieties that add gasoline to the fire of our collective mental health issues. It feels like a truly sane investment to make.

Katherine Goldstein is an independent journalist and the creator of The Double Shift, a podcast, newsletter, and community. Sign up for the newsletter here, about challenging the status quo of motherhood and the forces that shape family life in America.

More Like This
Why I'm Talking To My Teenage Son About Abortion — And Vasectomies
Who's Getting Abortions? Mothers. 59% Of Abortion Patients Already Have A Child.
Here’s How To Fight For Abortion Rights
Adult Gymnastics Brought Me Back To Myself