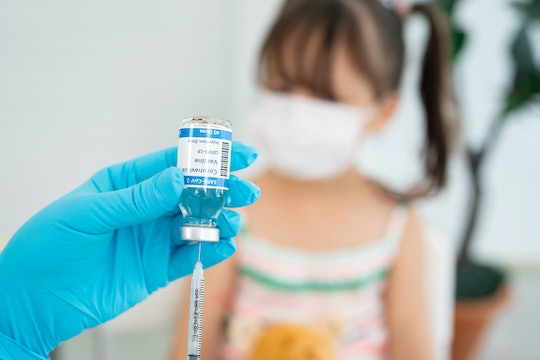 New data from UNICEF and the World Health Organization paint a grim picture for public health.

New data from UNICEF and the World Health Organization (WHO) has health experts sounding the alarm as rates of childhood vaccination have dropped to their lowest point in 14 years. “This is a red alert for child health,” said Catherine Russell, UNICEF Executive Director, in a statement. “We are witnessing the largest sustained drop in childhood immunization in a generation. The consequences will be measured in lives.”

The percentage of children who received three doses of the vaccine against diphtheria, tetanus, and pertussis (known in the U.S. as DTaP), an international marker for immunization coverage, fell 5% between 2019 and 2021 to 81% in this period, its lowest level since 2008. In raw numbers approximately 25 million children missed out on at least one dose of DTaP in 2021 alone, 2 million more than missed out in 2020 and 6 million more than in 2019. This backslide represents the sharpest sustained decline in international vaccination rates in 30 years.

The agencies cite multiple factors that contributed to this grim statistic: an increased number of children living in conflict zones or otherwise fragile settings in which access to vaccines is a challenge; natural disasters and climate emergencies; and dedicated misinformation campaigns. The Covid-19 pandemic also played a role in decreased vaccination rates in several ways: lockdowns, disrupted supply chains, and resource diversion to address Covid response efforts.

The majority of these children, according to WHO, live in low and middle income countries. India, Nigeria, Indonesia, Ethiopia, and the Philippines recorded the worst numbers but Myanmar and Mozambique saw the largest relative increase in the number of children who did not receive a single vaccine between 2019 and 2021.

The WHO sounded the alarm on the seriousness of declining childhood vaccination rates.

It’s not just DTaP; according to the data, vaccinations for measles are at their lowest rate since 2008 (81%) and nearly 7 million more children missed the third dose of polio vaccine. (In 2020, the entire continent of Africa was declared free of the “wild” polio virus, but two new cases have been documented in Malawi and Mozambique just this year.) Vaccination against HPV, which protects girls from developing cervical cancer later in life, also fell: 3.5 million missed the first dose, representing over a quarter of the coverage of HPV vaccines that was achieved in 2019.

“While a pandemic hangover was expected last year as a result of COVID-19 disruptions and lockdowns, what we are seeing now is a continued decline. COVID-19 is not an excuse,” Russell said in a statement. “We need immunization catch-ups for the missing millions or we will inevitably witness more outbreaks, more sick children and greater pressure on already strained health systems.”

This sharp, two-year decline presents a global health challenge that WHO and UNICEF hope to ameliorate in their Immunization Agenda 2030. The program aims to reduce by half the number of children who still miss out on essential vaccines and achieve 90% coverage for key life-saving vaccines. Achieving these goals would prevent over 50 million deaths. Key to this plan is implementing pandemic preparedness and response campaigns that continue to focus on primary health care, including routine vaccination.

More Like This
Health Officials Are Offering About 1 Million Children In London A Polio Booster
New York Can End Religious Exemptions to Vaccine Mandates, Says A Federal Appeals Court
Scotland Becomes First Country To Make Pads & Tampons Free For Anyone Who Needs Them
Florida Court Tells 16-Year-Old She's Not "Mature" Enough To Have An Abortion