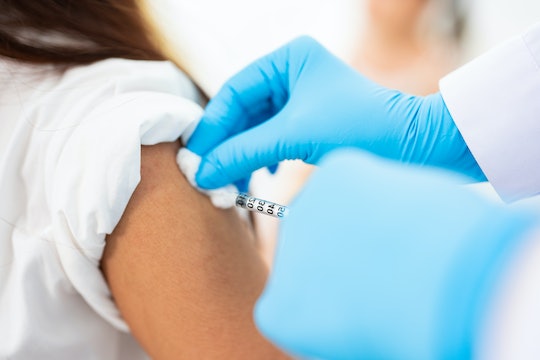 Though poliovirus has been found in the cities sewers, the vaccination drive is precautionary.

The UK hasn’t reported a single case of polio since 1984. But the presence of poliovirus detected in London’s sewage has prompted the government to act. On Wednesday, the Joint Committee on Vaccination and Immunisation (JCVI) advised that a targeted inactivated polio vaccine booster dose should be offered to all children between the ages of 1 and 9 in all London boroughs — approximately 1 million children — as a precaution.

“No cases of polio have been reported and for the majority of the population, who are fully vaccinated, the risk is low,” said Dr. Vanessa Saliba, a Consultant Epidemiologist at UK Health Security Agency (UKHSA) in the JCVI statement. “But we know the areas in London where the poliovirus is being transmitted have some of the lowest vaccination rates. This is why the virus is spreading in these communities and puts those residents not fully vaccinated at greater risk.”

Poliovirus was detected in sewage samples from London’s Beckton Sewage Treatment Works by the UKHSA back in June from samples taken in February through May. On the surface, this is not cause for alarm. The UKHSA notes that it is normal for one to three “vaccine-like” polioviruses to be detected each year in UK sewage samples — “one-off findings” related to individuals vaccinated overseas with a live oral polio vaccine, which subsequently sheds into their feces. However, the agency has said that the virus detected recently has continued to evolve and is now classified as a ‘vaccine-derived’ poliovirus type 2 (VDPV2), which can cause serious illness and paralysis in people who are not fully vaccinated. Currently, no associated cases of illness or paralysis have been reported.

Since the UKHSA’s findings in June, 116 PV2 isolates have been identified in 19 sewage samples collected in London between Feb. 8 and July 5 this year. Most are vaccine-like virus, but a few have sufficient mutations to be classified as VDPV2, which can behave more like naturally occurring “wild-polio” virus.

So-called “wild polio” is only endemic in two countries — Pakistan and Afghanistan, according to the WHO. Vaccine-derived polio, such as the strains currently being found in London, is more prevalent throughout the world, predominantly clustering throughout Africa and the Middle East. Per the Centers of Disease Control and Prevention (CDC), vaccine-derived polio occurs when a population is given the oral polio vaccine. Unlike the polio vaccine that is injected, the oral vaccine contains a weakened live polio virus, which replicates in the intestine for a limited period, granting immunity by building up antibodies. During this time, the vaccine-virus is also excreted, and in areas of inadequate sanitation this excreted vaccine-virus can spread in an seriously under-immunized community. This spread extends the life and possible mutations of the virus. While it is rare that it could mutate enough to once again become dangerous (ie paralytic), it is a possibility... one that the UK is not taking lightly.

“While the majority of Londoners are protected from polio, the NHS will shortly be contacting parents of eligible children aged 1 to 9 years old to offer them a top-up dose to ensure they have maximum protection from the virus,” Jane Clegg, Chief Nurse for the NHS in London. said in a statement. “We are already reaching out to parents and carers of children who aren’t up to date with their routine vaccinations, who can book a catch-up appointment now.”

In 1988, when an estimated 350,000 cases were reported, WHO adopted a resolution to eradicate the virus. Since then, viral infection has dropped 99% thanks to redoubled vaccination efforts. By 2012, two of the three strains were completely eradicated. It’s thanks to these efforts that the risk for anyone, including Londoners, contracting a dangerous form of the virus is quite low. Nevertheless, reduced vaccination rates in recent years (thanks, in part, to the Covid pandemic) has prompted extra caution from public health experts in the UK.

“It is vital parents ensure their children are fully vaccinated for their age,” Saliba said. “Following JCVI advice all children aged 1 to 9 years in London need to have a dose of polio vaccine now — whether it’s an extra booster dose or just to catch up with their routine vaccinations. It will ensure a high level of protection from paralysis. This may also help stop the virus spreading further.”