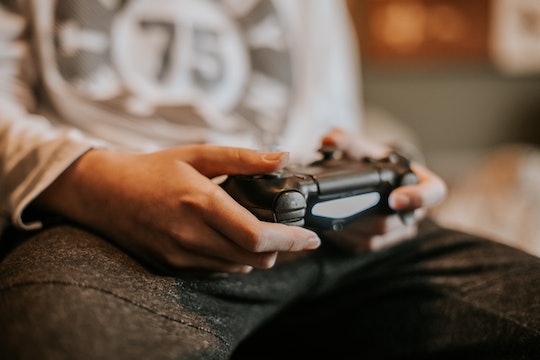 State agencies say the move was enacted to curb a troubling rise in video game addiction.

The National Press and Publications Administration (NPPA), China’s media regulation agency, announced in a press conference Monday that, effective Sept. 1, kids in China will be limited to three hours of online video games per week for one hour a day Friday through Sunday (and on public holidays) between the hours of 8 p.m. and 9 p.m. The NPPA claims that the decision, which will apply to everyone under the age of 18 (though seems to be largely aimed at teens) was prompted at the behest of parents throughout the country.

“Many parents said that teenagers' addiction to online games seriously affected their studies, and physical and mental health, leading to a series of social problems, making many parents suffer,” an unidentified spokesperson said at the news conference, aired by state news agency Xinhua.

Industry-watchers suspected the country would take aim at the booming online gaming sector in recent weeks, when multiple articles in Communist Party outlets People’s Daily and Xinhua took aim at the countries largest game producer, Tencent, describing gaming, particularly in relation to the company’s flagship game Honour of Kings as “spiritual opium,” according to the South China Morning Post. The move will not only limit children’s gaming time, but increase government oversight of the online gaming industry. China is currently the world’s largest single online gaming market, with domestic revenues measured in the tens of billions.

This is not the country’s first attempt to limit children’s time online. In 2019, citing a growing concern with increased diagnoses of myopia in children, China restricted young gamers from playing between the hours of 10 p.m. and 8 a.m. and capped daily play at 90 minutes per weekday and three hours on weekends, NPR reported at the time. It also placed a monthly, age-based limit on microtransactions (think every time your kid asks if they can pay to level up on a phone game) and, perhaps most significantly, required gamers to register online accounts using their real names in order to facilitate government monitoring and regulation.

As in 2019, the onus of these new regulation falls largely on online gaming companies, which are required to incorporate real name verification systems in their games to enforce the new rules. Eventually, all titles must be connected to “anti-addiction” systems being set up by the NPPA, which also stated in Monday’s press conference that inspections of gaming companies would increase under these new restrictions.

Since 2018, the World Health Organization (WHO) has recognized video game addiction as gaming disorder, defined as an impaired control over gaming that leads to prioritizing gaming over other activities to a detrimental degree. There is, however, no “hours per week” number one can associate with a gaming disorder diagnoses, and experts suggest the diagnosis is rare, even among gamers, who number an estimated 665 million in China, according to Statista.

Reaction on Weibo, China’s largest social media platform, has run the gamut. Some agree with the NPPA’s strategy, while others find it draconian. Others suggest children, as children do, will find a work-around on the restrictions, either signing into games with their parents accounts or playing within the one-hour daily limit multiple times a day across titles. On Twitter (which is also banned in China) users have had similarly varied responses, from indignant to joking to pleased to dismissing the move as anything but symbolic.

Regardless of public opinion or practical applications, the NPPA is nevertheless not mincing words in their repudiation of online gaming. “Teenagers are the future of our motherland,” an NPPA spokesperson said Monday, as Reuters reported. “Protecting the physical and mental health of minors is related to the people's vital interests, and relates to the cultivation of the younger generation in the era of national rejuvenation.”