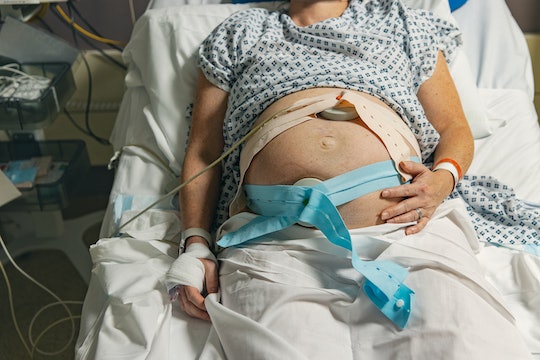 CDC: Over 40% Of Covid Deaths In Pregnant People Came During Delta Wave

More than 40% of all Covid-19-related deaths in pregnant people occurred from August to November — after the Delta variant took hold.

According to the CDC, 249 pregnant people have died from Covid-19 since the pandemic began in January 2020. At least 102 of those deaths, or just under 41%, occurred between August and November, a time when the Delta variant was known to have caused a surge in cases across the country. Previous data modeling from the CDC estimated the Delta variant became the dominant strain of Covid-19 in the United States over a two-week period that ended on July 3.

“It’s just shocking,” CDC Director Dr. Rochelle Walensky told ABC News of August’s recorded deaths. “I can tell you, when I hear about a pregnant woman in the community who is not vaccinated, I personally pick up the phone and talk to them.”

After Covid-19-related deaths in pregnant people reached a record high in August, the CDC upped their efforts to encourage vaccination among pregnant and breastfeeding individuals. A strongly-worded plea issued by the agency in September urged people to get vaccinated against Covid-19 either before or during pregnancy, noting “symptomatic pregnant people have more than a two-fold increased risk of requiring ICU admission, invasive ventilation, and ECMO, and a 70% increased risk of death.”

In late November, a new Covid-19 variant was named by the World Health Organization (WHO). On Tuesday, WHO Director-General Tedros Adhanom Ghebreyesus told reporters the Omicron variant was spreading faster than any previous Covid-19 variant. “Omicron is spreading at a rate we have not seen with any previous variant,” CNBC reported Ghebreyesus said in Geneva. “Seventy-seven countries have now reported cases of omicron. And the reality is that omicron is probably in most countries, even if it hasn’t been detected yet.”

But while the Omicron variant is reported to be spreading fast, it’s unclear if it is more deadly than earlier strains of the virus or if it puts pregnant people at greater risk as the Delta variant may have done.