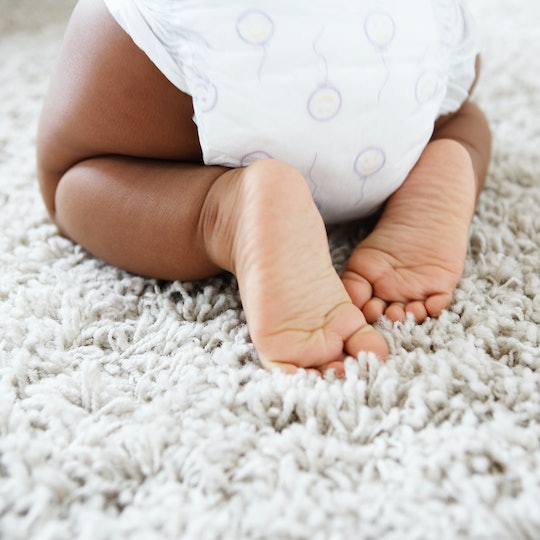 The Cost Of Diapers Is Going Up: Here’s Why

Popular brands like Huggies and Pampers are expected to see price hikes.

There are lots of reasons parents eagerly await the day their child is potty trained. Changing diapers isn’t fun; neither is having to carry a bulky bag everywhere you go. A dirty diaper can interrupt what could otherwise be a good night’s sleep, to say nothing of uncomfortable diaper rash. But more than anything else, perhaps, is the fact that diapers are expensive. According to the National Diaper Bank Network, the average family will spend between $70 to $80 a month on diapers per child and, according to at least two major diaper manufacturers, that cost is going to go up in the coming months.

In March, the consumer goods company Kimberly Clark announced it would raise its prices “to help offset significant commodity cost inflation.” By late June, consumers will notice a “mid-to-high single digit” percentage increase on products in its baby and child care lines, which include Huggies and Pull-Ups. In April, Proctor & Gamble, maker of Pampers and Luvs, followed suit, announcing similar cost hikes would be starting in September.

Kimberly Clark and P&G are not alone in their decision to increase prices. Coca-Cola and J.M. Smucker have also cited commodity costs as they announced price hikes. Kraft Heinz and Conagra Brands Inc, which make Heinz Ketchup and Duncan Hines products respectively, have toyed with the idea of increasing prices since February, according to reporting from Reuters.

The short answer as to why this is happening is probably obvious — the pandemic — though the specifics may not be so intuitive. In short, as Gillian Friedman for The New York Times reported, the pandemic changed the way Americans (and the world) spent money. We weren’t eating out, going on vacation, or heading to movie theaters. But we were buying, for example, more exercise equipment, electronics, and, famously, toilet paper. These abrupt, widespread changes shocked a well-oiled but delicately balanced system of international trade. Increased demand for certain products led to shortages not only in the products themselves but in shipping capacity and raw materials, increasing the cost of production and distribution. This had a ripple effect throughout the global economy.

Over the course of the past year, consumer price index, a measure of the average change over time in the prices paid by consumers, rose 4.2% between April 2020 and April 2021, according to the Bureau of Labor Statistics.

Many Families Struggle With Diaper Need

According to the National Diaper Bank Network, 1 in 3 families already struggle with diaper need. For a single parent making the federal minimum wage, diaper costs alone could account for nearly 7% of their monthly income (pre-tax). Moreover, federal subsidy programs like the Supplemental Nutrition Assistance Program (SNAP) and Women Infants Children (WIC) do not allow funds to be used to buy diapers.

Diaper need can also affect the physical and mental health of poor families, but economic opportunity as well. According to a report from the National Diaper Bank Network, without sufficient diapers, parents often cannot send their children to daycare (most of which require parents to supply diapers and wipes) and will miss work and wages as a result.

Job losses have disproportionately affected women during the pandemic, especially mothers, and diaper banks across the country have reported being busier than ever before. Asheville North Carolina’s Babies Need Bottoms diaper bank has reported seeing demand increase by 400%.

To find an agency in your area that provides diaper assistance, dial 2-1-1 on your phone or go to 2-1-1.org. You can also find a National Diaper Network member on the organization’s website, where you can also learn about ways to help and donate to aid families in need.

More Like This
Celebrating Your First Mother's Day? These Quotes Say It All
Why Gwyneth Paltrow Trolled Us All With $120 Gem Stone-Encrusted Luxury Diapers
40 New-Mom Quotes For Inspiration & Commiseration
Here’s What You Need To Know About That Viral 1960s Baby Formula “Recipe”