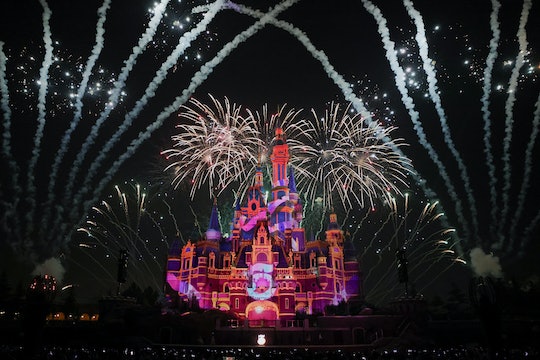 But some fans argue the change goes too far.

News that Disney World had modified the greeting played ahead of its nightly fireworks show to remove references to gender has sparked backlash among some fans. While many welcomed the change, some argued the theme park had gone too far in its attempt to provide an environment inclusive to all.

Video shared recently over social media revealed Disney World had changed the recorded greeting played ahead of its nightly “Happily Ever After” fireworks show. Instead of the “Good evening ladies and gentlemen, boys and girls, dreamers of all ages” that has previously greeted guests, the recorded greeting now says, “Good evening dreamers of all ages.”

While Disney fans were initially alerted to the change through video captured at Walt Disney World’s Magic Kingdom in Orlando, Florida, a spokesperson for the company that operates Tokyo Disneyland told Deadline the modification would be used throughout all of Disney’s theme parks and extend beyond fireworks displays. At Tokyo Disneyland, for instance, references to specific genders have been changed to “everyone.” The spokesperson told Deadline the change was meant to make individuals of all gender identities “feel comfortable in the park.”

In fact, the modified greeting is likely part of the Inclusion Key Disney announced it had added to its business code in April. “It’s important to me to share how we’re creating a place where everyone is welcome and taking action to create meaningful change,” Disney Parks, Experiences and Products Chairman Josh D'Amaro wrote in a Disney Parks blog. “That means cultivating an environment where all people feel welcomed and appreciated for their unique life experiences, perspectives and culture. Where we celebrate allyship and support for each other. And where diverse views and ideas are sought after as critical contributions towards our collective success.”

But some fans expressed disappointment — and even anger — at the change unveiled at Disney World. “This accommodation mindset for radical leftists has gone too far,” one user on YouTube commented. “We’re now having to change every minuscule thing, (sic) because some attention seekers are pushing a lifestyle on the rest of the country that isn’t even backed up by common sense or fact.”

On Twitter, one user responded to video clips highlighting the greeting change by declaring, “You can feel the magic draining from Disneyland with each passing day.”

Others, however, were more receptive to the change with one user on Twitter noting, “The new greeting is much better. Less like a circus, more like a special event.”

Another fan questioned why people were outraged over something that would likely have no effect on their overall Disney visit let alone their daily lives. “Things like this get changed all the time,” they commented on YouTube. “How does this really affect your life?”