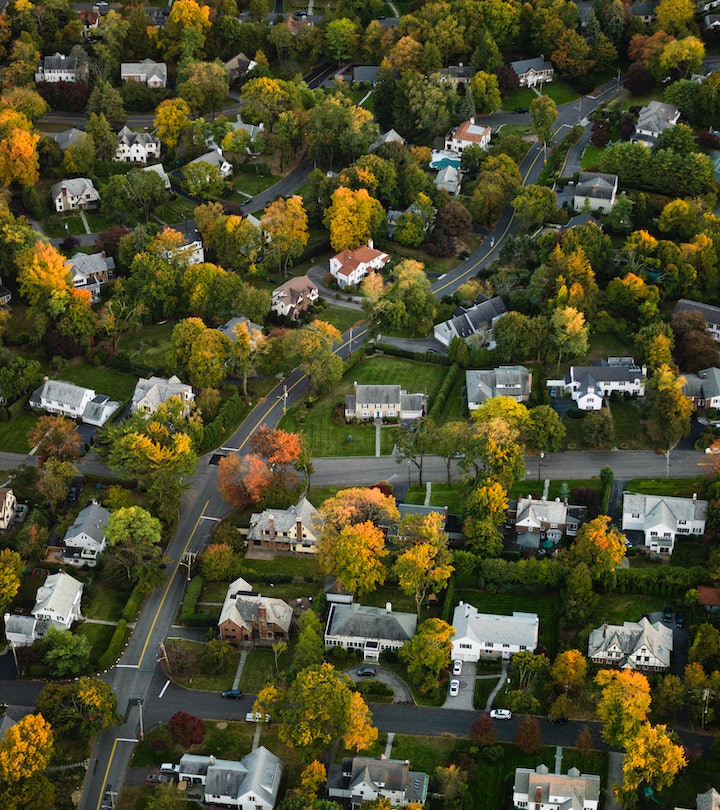 What To Know About Sex Offenders & Community Notification

Everything you should know about a tough topic.

If you grew up in the ‘80’s, you probably heard a lot about “stranger danger.” Now, as a parent yourself, you may find yourself caught in between the desire to be a a free-range parent and making parenting decisions that stem from anxiety. It can be hard to get the balance right, and our isolated modern world, where many of us don’t know our neighbors, can only add to the anxiety. What if the neighbor across the street is an abusive person or has been convicted of a sexual offense? And what exactly are the rules — do sex offenders have to notify their neighbors?

The answer is slightly complicated, and there is state-by-state variation, but the basics are this: No matter what state you live in, no one is likely to come to your door and notify you that they’ve been convicted of a sexual offense. However, that information is public. There are also better and more productive ways to keep your kids safe than looking up everyone in your zip code who has been convicted of a sexual offense.

If you’re highly sensitive to stories about children experiencing harm, you may want to skip to the next section. Megan’s Law, the federal law that required that information about certain sexual offenses be made available to the public, is named for Megan Kanka, a 7-year-old who was abducted and killed by a neighbor who had previously been convicted of a sex offense against a child in 1994. The thinking behind the law was that if parents are aware of potentially dangerous people in the neighborhood, they’ll better be able to protect their children. Megan’s Law was signed into law by President Clinton in 1996 and both it and some subsequent laws — including the Adam Walsh Child Protection and Safety Act of 2006 — govern the requirements for community notification on a federal level. While “community notification” might have meant flyers in mailboxes in the pre-internet days, it now mostly means that the offender’s picture, address (or in some states, their approximate location), and the statute under which they were convicted is available online.

How are you supposed to be notified if a sex offender lives near you?

The FBI website notes that Megan’s Law gives states “broad discretion to determine to whom notification should be made about offenders, under what circumstances, and about which offenders.” In certain states, the National Sex Offender Registry Website, run by the Department of Justice, allows you to input your address and see how many sex offenders are near you. There are ten states, however, where you can’t find location-based data on the federal website:

These states, however, still maintain a searchable database via each state government’s website. So every state does have a way to access information about sex offenders in the neighborhood, it just differs from state-to-state whether you can find out if a sex offender lives near you on a federal website or though a state one.

Another complicating factor is that states have different requirements for what type of sex offenses require the sex offender to qualify for community notification. Many states require people to register even if they committed their alleged crime when they themselves were children. Slate reports that sex offender registries have included children as young as 9 years old, and that up to 70% of sexual offenses committed against children are committed by other children. So while the phrase “sex offender” can conjure a very specific, scary image, that’s often out of step with who is actually on the registry.

Where are sex offenders allowed to live?

Even in many of those states, however, residency restrictions can be imposed on a case-by-case basis as a condition of the offender’s parole. Further, individual counties can also impose restrictions that are harsher than their state’s restriction as a whole. While Florida state law requires that sex offenders live at least 1,000 feet away from “day care centers, parks, playgrounds, designated school bus stops or other places where children congregate,” Miami-Dade County imposed a harsher restrictions, forbidding sex offenders from living within 2,500 feet of those locations.

Ample research suggests that unfortunately, no, they do not, says Sandy Rozek, board member and the communications director for the National Association for Rational Sexual Offense Laws (NARSOL). Part of NARSOL’s mission is to bring attention to the ways in which community notification laws, and other laws that restrict registered sex offenders, do not meaningfully address community safety. “A huge amount of resources are expended every year in most states at Halloween enforcing sex offender restrictions, all without a single shred of evidence showing that there is any issue at all involving registrants and Halloween but much evidence showing there is none,” Rozek tells Romper. In fact, the registry may actually increase the likelihood of that a sex offender would commit another crime “by reducing the relative attractiveness of a crime-free life” writes J.J. Prescott, Henry King Ransom Professor of Law at University of Michigan Law School.

How can you protect your children from sexual abuse?

RAINN, the Rape, Abuse & Incest National Network, publishes guidance for parents about how to keep children safe from sexual abuse. None of their tips include closely monitoring the sex offender registry in your neighborhood. Instead, they recommend these four strategies for keeping your kids safe from sexual abuse:

It’s hard to hear that there is no foolproof way to prevent childhood sexual assault, as RAINN puts it. But, you’re not powerless either. The vast majority of perpetrators are someone the child already knows. Staying involved and aware of the people in your child’s life and knowing the signs of sexual abuse are essential steps that you can take to keep your child as safe are you are able to.

More Like This
Everything Parents Need To Know About Monkeypox
How Hot Is Too Hot For Babies? Experts Weigh In
Gathre’s Winnie The Pooh Collection Is Finally Here
12 Helpful Tips For Hiking With Kids