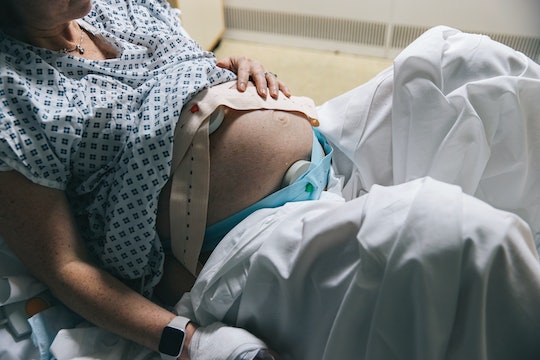 UK Hospitals Are "Having To Ration" Epidural Kits Due To Shortage

The shortage is compounded by a second shortage of Remifentanil.

The National Health Service (NHS) in the UK is one of the nations’ most beloved institutions and ranks among the best public health care systems in the world. In recent years, however, underfunding, increased privatization, and an aging population have been among some of the issues plaguing the esteemed system. Now, to add to patient and provider woes, the NHS is facing a shortage of epidural kits as well as Remifentanil, another analgesic used for labor pains. The compound shortage has led some anesthesiologists scrambling, and their patients unpleasantly surprised in the hospital, since the end of April.

In a joint statement issued in May from leading UK anesthesia associations, including the Royal College of Anaesthetists, said the shortage of epidurals from Smiths Medical, a major supplier, has been linked to a shortage of blue dye, which is used to distinguish epidural syringes from other types (this specialized syringe is needed to located the epidural space in the spine). The NHS Supply Chain (NHSSC) has said the issue is expected to be resolved by the end of August 2022, though the fact that this is an updated benchmark (initially NHSSC had cited “end of June of beginning of July” as a benchmark) has not instilled optimism in health care providers.

Anesthesiologists have reported to The Guardian that there’s no sign of the shortage abetting any time soon. Hospitals have reportedly been unable to order directly from Smiths or from other distributors — all procurement has been done directly through NHSSC, which only allots approximately one week’s worth of stock per hospital.The Guardian reports that England and Wales have been hardest hit, but the supply issues have gone international, affecting Canada and Australia as well, prompting hospitals there to seek epidural alternatives for pain management as well.

Dr. Kristin Wadsworth, Chief of Obstetrics & Gynecology at Cambridge Memorial Hospital in Ontario, made a statement on the epidural shortage affecting the UK, Canada, and Australia.

Under normal circumstances, a patient who could not get an epidural (whether due to a shortage, for medical reasons, or simply as a matter of preference) could be offered Remifentanil, a short-acting synthetic opioid used as an analgesic. Not quite as powerful as an epidural, which numbs the body (more or less) completely below the waist via injecting medication direction into the spine, Remifentanil provides effective pain relief in labor. Unfortunately, it, too, has been in short supply due to increased demand, quite possibly as a result of the epidural shortage.

One anesthesiologist at a hospital in the north of England told The Guardian: “Due to the nationwide shortage we’re having to ration it and reserve it exclusively for patients who cannot have an epidural [for medical reasons]. We’re being told to safeguard stocks for patients with allergies or a clinical need for it rather than [giving it upon] a maternal request. ... The loss of Smiths Medical epidural kits is having a knock-on effect on the availability of kits from other manufacturers. We have had to quickly adapt to using new epidural kits and pumps in a short period of time with ever-changing kits being supplied by the NHS centrally in small amounts. As a result anaesthetists have had to cobble together the right equipment to provide epidurals to patients.”

Francesca Treadaway, the director of engagement at Birthrights told The Guardian that such limited access to pain relief “without good reason” could be seen as a breach of Article 3 of the Human Rights Act, which prohibits inhuman or degrading treatment.

On Twitter, some Americans are watching this development closely, with many noting that the current confluence of recent events on American women and other birthing people feels dire. “It’s no formula, no epidurals but abortion illegal!?” asks Twitter user @YayoBoughtMe. “Wtf they want us to do!?”

More Like This
Are You Leaking Amniotic Fluid Or Is It Normal Discharge? Experts Explain
New Report Shows 80% Of Pregnancy-Related Deaths Are Preventable
Here's How To Keep Your C-Section Incision Dry
The FDA Is Worried People Are Cooking Chicken In NyQuil