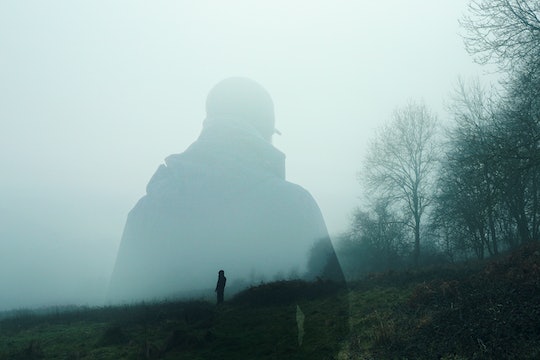 “People should care that someone is missing because he’s a human being.”

While the case of Gabby Petito, a 22-year-old “van life” vlogger who went missing in late August while traveling with her fiancé in Wyoming, has garnered widespread public interest, she is hardly the only person to have recently gone missing. But the families of a number of missing people of color have claimed their cases have not received near the same level of interest or resources as Petito’s case. Now, they’re urging law enforcement, the media, and members of the public to approach investigations regarding missing people of color with the same urgency.

According to the National Missing and Unidentified Persons System (NamUs), more than 600,000 people go missing in the United States every year. And although some are found, many cases remain open and unsolved. At the end of 2020, the Federal Bureau of Investigation (FBI) still had more than 89,000 active missing person cases, 45% of which involved persons of color.

But while minorities make up a large number of missing persons reported each year, very few ever garner the same level of media coverage Petito’s case has seen. According to the Black and Missing Foundation, only 7% of minorities reported missing in 2020 received any media coverage at all. Desperate for help and answers, many families are sounding the alarm. Here are just a few who’ve spoken out recently.

According to the Bloomington Police Department, 25-year-old Illinois State University graduate student Jelani Day was reported missing by both family and a university faculty member on Aug. 25. Day was last seen on the morning of Aug. 24, when security cameras captured him entering a retail store in Bloomington, Illinois. Authorities have said they later found Day’s white Chrysler 300 parked near the Illinois Valley YMCA with the clothing he was last seen wearing inside.

As Petito’s case continues to unfold, Day’s mother has spoken out about the noticeable differences in how authorities have investigated her son’s disappearance versus that of Petito. While the FBI became involved in Petito’s case within days of her being reported missing, Bolden-Day said she’s been told authorities are still “discussing” FBI involvement.

“I want them to look for my child like they're looking for her,” Bolden-Day told a local news station. “He is not a nobody. He is somebody, and I want him to come back home. I want them to give my son the same attention. It makes me mad because this young white girl is getting that attention and my young Black son is not.”

A month after he went missing, Day’s body was identified by the LaSalle County coroner's office. Authorities had discovered his body in a river on Sept. 4, but he was not identified until Sept. 23, WGLT reported. “There are no words to clearly communicate our devastation,” Day's family said in a statement to NPR. “Our hearts are broken.”

Authorities in and around Buckeye, Arizona, have been searching for 24-year-old geologist Daniel Robinson since he was reported missing on June 23. According to the Buckeye Police Department, Robinson was last seen earlier in the day on June 23 leaving a job site in Buckeye. At the time, Robinson was driving a blueish-grey 2017 Jeep Renegade. On July 19, Robinson’s vehicle was recovered in a ravine roughly four miles from where he was last seen.

Police have said Robinson’s vehicle appeared to have sustained significant damage after rolling and landing on its side in a crash that caused the airbags to deploy. Initial evidence suggested Robinson was wearing a seatbelt at the time of the incident and police have reported finding his clothes, cellphone, wallet, and keys.

But Robinson’s father, David Robinson II, has alleged authorities have done little to investigate his son’s disappearance. “From the first day that I arrived in Phoenix, Arizona, I have done more to find my son than the law enforcement agency,” he wrote in a Change.org petition demanding justice for his son. “The Buckeye PD investigation has not gathered any evidence of their own. They are unwilling to move beyond their theory which leads to non-action on their part.”

Robinson’s father, who has hired private investigators to work on his son’s case, also alleged police have overlooked, misinterpreted, or misread evidence that proves his son’s vehicle was driven more than seven miles after the crash that resulted in its airbags deploying.

According to ABC News, 39-year-old mother of three Maya Millete was last seen in Chula Vista, California on Jan. 7 — the day she filed for divorce from her husband. Unfortunately, her case has been largely stalled since then. Earlier this week, Millete’s sister and brother-in-law told CBS 8 she wished investigators on her sister’s case had acted with the same sense of urgency as those investigating Petito’s disappearance have shown.

“We never really got that same search effort from the police department,” Richard Drouaillet told CBS 8. “It was always us and the community doing our separate search without the police presence.”

Millete’s family has said they hope interest in the case of Petito’s disappearance might spill over into the cases of other missing persons such as Millete. “We are very happy that [Petito’s family] get their closure, and hopefully we'll have our closure soon, too, with the help of the public and the community,” Millete’s sister, Maricris Drouaillet, told CBS 8.

Spirit Rain Chasing Hawk, a 28-year-old indigenous father of five from South Dakota, was reported missing on Aug. 9. His mother, Mabel Ann Eagle Hunter, recently told WFTS that neither local authorities nor local media outlets have shown much interest in her son’s disappearance.

“People should care that someone is missing because he’s a human being,” she told WFTS. “He’s a father, a son, and he’s loved by his family and his people the same as anybody else... It’s evident that we don't matter. We are invisible.”