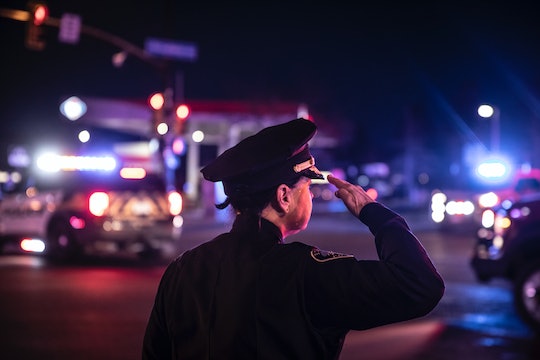 Father Killed In Boulder Shooting Loved His Kids “More Than Anything”

Ten people were killed Monday when a gunman opened fire at a local grocery store in Boulder, Colorado. Among them is Boulder Police Officer Eric Talley. The father of seven is being remembered as a man who loved his children and his family “more than anything” and was drawn to a career in law enforcement following the death of a close friend.

Talley was one of the first officers to arrive at the King Soopers grocery store on Monday afternoon following multiple reports of an armed gunman and shots fired, Boulder Police Chief Maris Herold told reporters in a live-streamed press conference late Monday. She described Talley’s actions that afternoon as “heroic.”

“He was the first on the scene, and he was fatally shot,” Herold said. “My heart goes out to the victims of this incident and I am grateful for the police officers that responded. And I am so sorry about the loss of Officer Talley.”

According to his father, Talley leaves behind a wife and seven children, the youngest of whom is just 7 years old. “He loved his kids and his family more than anything,” Homer Talley said of his son in a statement shared with the Denver Channel.

A woman who identified herself on Twitter as Talley’s younger sister described his tragic death as “a devastating loss” to so many. “My heart is broken,” Kirstin Stillwell tweeted. “I cannot explain how beautiful he was and what a devastating loss this is to so many. Fly high my sweet brother.”

A friend who’d first met Talley in 2010 when the pair attended the Community College of Aurora’s Police Training Academy told the Washington Post Talley had been drawn to quit his job in information technology and pursue a career in law enforcement after a close friend was killed in a DUI crash.

“It was remarkable to me that somebody would go to law enforcement from IT,” Jeremy Herko told the paper. “He lost pay. He lost time away from his family. He joined the police academy without a guaranteed job.”

Talley’s father told the Denver Channel his son had joined the police force at the age of 40 but had recently begun thinking about transitioning to a less high-risk role. “He took his job as a police officer very seriously,” Homer said. “He was looking for a job to keep himself off the front lines and was learning to be a drone operator. He didn’t want to put his family through something like this.”