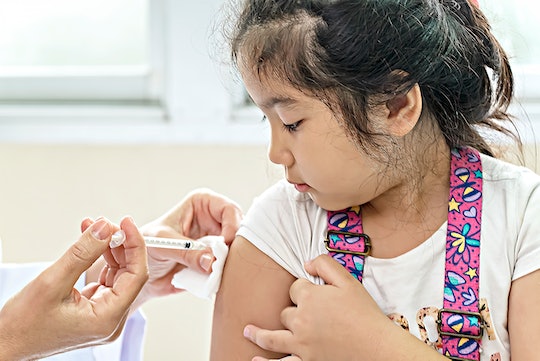 The CDC is expected to meet soon to make the final decision.

UPDATE: The U.S. Food and Drug Administration (FDA) announced Friday that it has authorized the emergency use of the Pfizer-BioNTech Covid-19 vaccine for children between the ages of 5 to 11. “The authorization was based on the FDA’s thorough and transparent evaluation of the data that included input from independent advisory committee experts who overwhelmingly voted in favor of making the vaccine available to children in this age group,” the FDA said in a statement, noting that research has shown the vaccine to be 90.7% effective for children.

EARLIER: An advisory committee to the FDA voted 17-0 with one abstention Tuesday to recommend the agency extend its emergency use authorization authority of the Pfizer-BioNTech Covid-19 vaccine to include children aged 5 to 11. While Tuesday’s vote does not constitute FDA approval of the vaccine’s use in young children, it is the first step toward the agency extending its authorization, likely in the coming days.

During discussions ahead of Tuesday’s vote, some members of the FDA’s Vaccines and Related Biological Products Advisory Committee reportedly expressed concern about recommending the vaccine for all children aged 5 to 11 based on the limited number of participants in Pfizer’s pediatric trial, CNN reported. When announcing the results of their trial in September, Pfizer said 2,268 children between the ages of 5 and 11 were given a two-dose regimen of 10 micrograms of the pharmaceutical company’s Covid-19 vaccine as part of its clinical trial. However, with its vote, the committee ultimately decided the benefits of vaccination outweighed the potential risks.

“The benefits of this option far outweigh the known risks,” NBC News reported committee member Oveta Fuller, who serves as an associate professor of microbiology and immunology at the University of Michigan, said. “We certainly cannot anticipate all the risk ahead, but we know we have systems in place that can help us do that. So, I think we have to take a step and say we want to make this option available for what it might do to help the children, as well as others in this pandemic.”

Among the potential risks of concern to the committee is myocarditis, an inflammation of the heart muscle. According to U.S. Centers for Disease Control and Prevention (CDC), of the more than 400 million Covid-19 vaccine doses administered, there have been at least 877 confirmed cases of myocarditis or pericarditis, an inflammation of the heart’s outer lining, following an mRNA Covid-19 vaccination in people under the age of 30. However, the CDC has said myocarditis appears to be more common among young men and that the majority of patients have responded well to medicine and rest. Additionally, a CDC study released in August found that for children 16 and under the risk of myocarditis is 37 times higher for those who contract Covid-19 than for those who do not fall ill with the virus.

As the pandemic has dragged on, children have faced an increased risk of severe illness, hospitalization, and even death due to Covid-19, CBS reported the FDA’s top vaccine official told the advisory committee. “Far from being spared from this harm of Covid-19, in the 5-to-11-year-old age range there have been over 1.9 million infections, over 8,300 hospitalizations, about a third of which have required intensive care unit stays, and over 2,500 cases of multisystem inflammatory disorder from COVID-19,” FDA Director of the Center for Biologics Evaluation and Research Dr. Peter Marks said. “There have also been close to 100 deaths, making [Covid-19] one of the top 10 causes of death in this age range during this time.”

Following the advisory committee’s recommendation, the FDA is expected to issue a final ruling on the use of Pfizer’s Covid-19 vaccine in children between the ages of 5 and 11 in the coming days. If the agency decides to extend the vaccine’s emergency use authorization, a CDC advisory panel will meet next week to issue their own recommendations regarding the vaccine’s use in younger children.

Should the vaccine be given emergency use authorization, the White House has said it is prepared to aid in the vaccination of some 28 million children between the ages of 5 and 11 starting as early as the first few weeks of November.

This article was originally published on Oct. 27, 2021