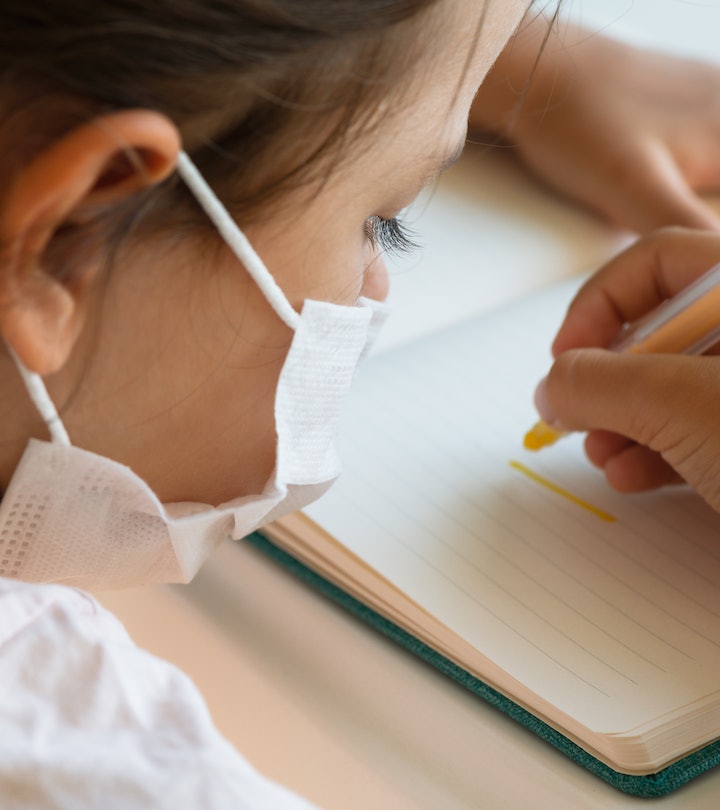 Schools With Mask Mandates Could Be Penalized In Florida

Sanctions could include withholding funds equal to district officials’ salaries.

As schools across Florida welcome children back into the classroom for a new academic year, Florida’s Board of Education has moved to penalize school districts that make face masks mandatory. The Florida Board of Education voted Tuesday to launch investigations into two school districts ahead of levying sanctions against them over claims their mask policies violate Gov. Ron DeSantis’ recent executive order.

In late July, amid a surge of Covid-19 cases across the state, DeSantis directed schools to give parents the final decision on whether their children wear masks at school in an executive order aimed at protecting “parents’ freedom.” Both Alachua County Public Schools and Broward County Public Schools, however, have implemented mandatory mask policies that do not allow for parents to opt their children out.

“These districts, maybe while well-intentioned, have not followed the protocols,” The Wall Street Journal reported Florida Education Commissioner Richard Corcoran said in Tuesday’s emergency meeting. “They have to comply with the law, whether they agree with it or not.”

Officials from both school districts defended their policies before the board, noting that wearing face masks indoors was a proven method for limiting the spread of Covid-19. While speaking before the board, Alachua County Public Schools Superintendent Carlee Simon revealed a large number of students within her district had been forced to quarantine just a few days into the school year due to exposure concerns. “Our goal is to keep our schools open,” The Wall Street Journal reported Simon said. “The masks are a safety device that we are using to reduce the spread of Covid and the need for quarantine.”

However, Corcoran ultimately urged the board, which oversees Florida’s Department of Education, to use its authority to “protect the rights of parents to make health and educational decisions for their children,” CNN reported. In a unanimous vote, the board moved to open investigations into both Alachua County Public Schools and Broward County Public Schools and also authorized Corcoran to “take all legal steps” to levy sanctions against the districts, the cable network reported.

While the board did not specify what sanctions or penalties Corcoran could hand down, Gov. DeSantis has recently floated the idea of withholding school officials’ salaries should they implement mask mandates. “The State Board of Education could move to withhold the salary of the district superintendent or school board members, as a narrowly tailored means to address the decision-makers who led to the violation of law,” DeSantis’ office said earlier this month in a statement to CBS 4.

News of the state board’s vote comes just days after Florida’s Hillsborough County Public Schools announced 5,599 students and 316 employees were in isolation or quarantine as a result of Covid-19. “Isolation refers to individuals who have tested positive for COVID-19 while quarantine refers to those who have had close contact with a positive case,” the school district said on their website. The district’s Covid-19 dashboard showed there had been nearly 1,300 confirmed cases of Covid-19 in the district since Aug. 2.

But it isn’t just in schools where Florida is seeing Covid-19 cases spread. According to the Miami Herald, data from the U.S. Centers for Disease Control and Prevention (CDC) revealed Florida accounted for 19% of the nation’s new Covid-19 cases on Monday despite accounting for just 6.5% of the country’s total population. Since July 16, the state has seen a roughly 209% increase in new cases, largely driven by the highly transmissible Delta variant.