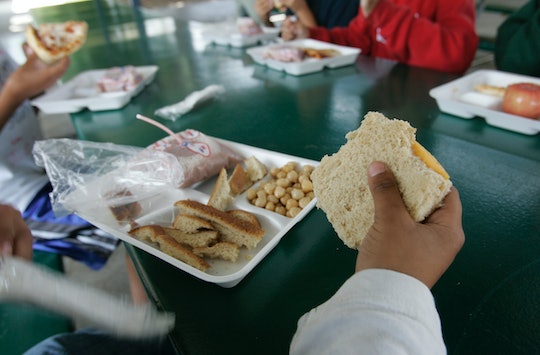 Where have all the chicken tenders gone?

Food shortages and supply chain issues are forcing schools across the country to find creative ways to keep children fed. Whether it’s the last minute-cancellation of an order of meal trays or news that an expected supply of chicken tenders and tater tots won’t be coming in as promised, school districts are struggling to provide school meals amid worsening shortages and supply chain disruptions.

In Dothan, Alabama, Dothan City Schools has warned parents to expect last-minute changes to lunch menus as supply chain issues and a shortage of delivery drivers had left the district grappling to obtain an adequate food supply. The district asked parents to be prepared to send their children to school with a packed lunch when needed and cautioned that more drastic steps may have to be taken. “As a last resort, we may also ask that you prepare to have virtual/remote school days a few days out of the week to alleviate the stress of our food supplies,” the district wrote in a letter to parents.

Elsewhere in the state, Decatur City Schools said supply chain issues in August had left the district “without enough food” to feed students in the coming week. District staff members ended up working an 18-hour day in order to pick up food supplies themselves from more than 80 miles away. “Members of the [Child Nutrition Program] staff, along with the help of Decatur-owned White Oak Trucking, went to Birmingham and picked up 3 trucks loads of food,” the district shared over Facebook.

Alexander City Schools, a district that serves students in Alabama’s Alexander City, has also reported difficulties with supply chain issues. “In previous weeks we have not received our food deliveries due to suppliers who are short on supplies, drivers, and even warehouse employees,” the district told parents in a Facebook post earlier this month. In an effort to expand and diversify its schools’ supply options, the district announced it had opened additional accounts with other food vendors, but asked parents to try and feed their children breakfast at home and send them to school with a snack. “This is a situation that is frustrating for you as a parent, and for us as well as our ability to feed our students is being greatly impacted,” the district said.

But for many schools, the issue isn’t just finding available food supplies. Schools across the country are also grappling with last-minute changes or cancelations to deliveries, discontinued meal items, and perhaps most troubling of all noticeably higher costs. “We are seeing up to 48% cost increases on single products,” Katie Wilson, executive director of the non-profit Urban School Food Alliance, told The Washington Post. “And we have districts that have to serve only handheld foods [think sandwiches and burgers] two to three days a week due to the inability to obtain disposable cutlery.”

In Indiana, Northwest Allen County Schools has reported struggling to find both food and serving items such as trays and silverware. “This week we were down to an option for a disposable tray that was going to be shipped UPS to our schools, and the night before it was supposed to be shipped to some of them I just got a notice that the entire order was canceled,” Leeanne Koeneman, the district’s director of food services, told Fort Wayne’s NBC News.

According to The Washington Post, Tyson Foods opted not to honor chicken product prices that had been previously negotiated with the Kansas State Department of Education, resulting in all Kansas schools having to pay more than expected for chicken. Additionally, US Foods and Sysco, two of the country’s biggest food distributors, pulled out of contracts with most school districts in Kansas earlier this year, leaving those schools scrambling for new suppliers.

In late September, the USDA announced plans to distribute $1.5 billion in relief funds to help schools combat supply chain disruptions and food shortages. “USDA is taking an all-hands-on-deck approach to supporting the school meal programs, taking action to help schools get out in front of possible challenges and addressing other issues that arise from all angles and with all available resources,” U.S. Department of Agriculture Secretary Tom Vilsack said in a statement. “We are committed to the program’s success, and confident in its ability to serve children well.”

It’s unclear, however, how quickly the USDA will be able to get those funds into the hands of struggling school districts and what students will eat in the meantime.