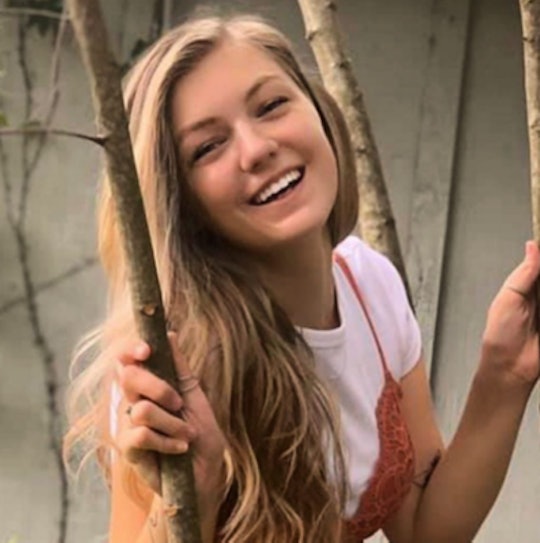 The 22-year-old’s family has also asked the public for space as the investigation continues and to “allow them to grieve.”

The family of Gabby Petito has asked for privacy and space to grieve as they remember the 22-year-old who went missing earlier this month while on a cross-country road trip with her fiancé. The Petito family’s request comes shortly after authorities said a body found Sunday in Wyoming appeared to be “consistent” with Petito’s description.

“She touched the world,” Gabby’s father Joseph Petito wrote Sunday on Twitter along with a photograph of his daughter standing before a mural of angel wings.

Earlier that day, FBI officials announced a body “consistent with the description” of Petito had been found near the Spread Creek Dispersed campground in Bridger-Teton National Forest. Although the body has not yet been officially confirmed to be that of Petito, officials said her family had been notified of the discovery.

“I would like to extend sincere and heartfelt condolences to Gabby's family,” one FBI official said while speaking to reporters Sunday. “As every parent can imagine, this is an incredibly difficult time for the family and friends. Our thoughts and prayers are with them. We ask that you all respect their privacy as they mourn the loss of their daughter.”

Petito’s family echoed that call for privacy in a statement released through their lawyer shortly after the FBI’s update. “Due to today’s developments, we are asking the press and news media to have some decorum and sensitivity for Gabby’s family and allow them to grieve,” Richard Benson Stafford, the family’s attorney, said.

In a post shared to Instagram on Sunday, Petito’s younger brother TJ Schmidt said he was at “a total loss” following authorities’ most recent update. “I don’t even know what to say,” Schmidt wrote while sharing a different photograph of Petito standing before a painted mural of angel wings. “I’m at a total loss. My heart is shattered.”

According to authorities, Laundrie, who reportedly drove Petito’s van back to his parents' home in Florida on Sept.1, has been unwilling to cooperate with investigators early in the search for Petito. On Sept. 17, Laundrie’s parents told authorities they had not seen their son since he allegedly went hiking at Carlton Reserve on Sept. 14. According to CNN, local authorities have spent much of the searching the nature reserve for Laundrie and an attorney for the Laundrie family is expected to address the public tomorrow.