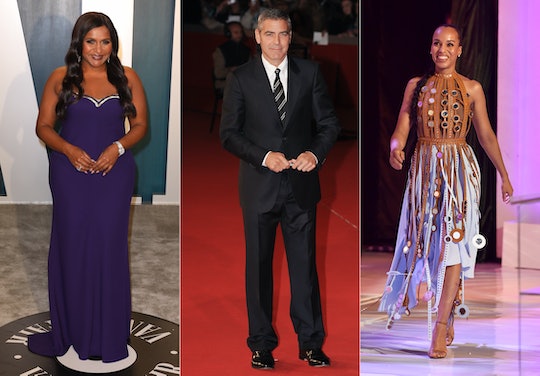 Celebrities behind the school hope it will provide students from diverse and underserved communities with greater opportunities in Hollywood.

For those without connections, Hollywood’s film industry is notoriously hard to break into. Or at least, it has been. A coalition of Hollywood stars has partnered with the Los Angeles Unified School District to form a public magnet high school focused on all things film. Celeb parents like George Clooney, Mindy Kaling, Kerry Washington, Eva Longoria, Don Cheadle, and more hope the school will provide students from diverse and traditionally underserved communities with more opportunities to break into the industry, be it as cinematographers, set designers, screenwriters, or make-up artists.

“Our aim is to better reflect the diversity of our country. That means starting early,” Clooney said in a press release detailing the school’s launch. “It means creating high school programs that teach young people about cameras, and editing, and visual effects, and sound, and all the career opportunities that this industry has to offer. It means internships that lead to well-paying careers. It means understanding that we’re all in this together.”

The Roybal School of Film and Television Production will open to ninth and 10th graders in the fall of 2022, the Los Angeles Unified School District announced Monday. The specialized magnet academy will be housed within the Edward R. Roybal Learning Center in Los Angeles and will begin to accept 11th and 12th-grade students over the next two years.

Los Angeles Unified Superintendent Austin Beutner described the celebrity-supported school as an effort to open doors of opportunity to students from diverse and underserved backgrounds. “This groundbreaking program will help prepare students for good-paying jobs in the film and television industry by integrating practical industry experience and internships for students into the curriculum,” Beutner said in a statement released by the district.

But students at the Roybal School of Film and Television Production won’t simply be learning about film. They’ll also have to follow a high school curriculum designed to meet standards established by both the state of California and the University of California system. According to Beutner, many aspects of a traditional curriculum are easily woven into lessons relevant to those seeking careers in Hollywood.

“Physics is involved in the choice of a lens by a cinematographer,” Beutner explained. “Math is part of the foundation for a musical score in a film, critical thinking skills are needed to design a set, screenwriters need a foundation in literacy, and a make-up artist needs to know the chemistry of the different materials they might use – all of this will be tied into the curriculum at the school.”

As part of their partnership, stars like Clooney, Kaling, Washington, Longoria, and Cheadle will connect teachers at the school with industry professionals and experts while also establishing pathways to training and industry jobs for graduated students. They’ll also serve on the school’s Production Advisory Board. Their hope is the school will help drive change across the film industry and establish a more inclusive career pipeline for those still largely underrepresented in Hollywood.